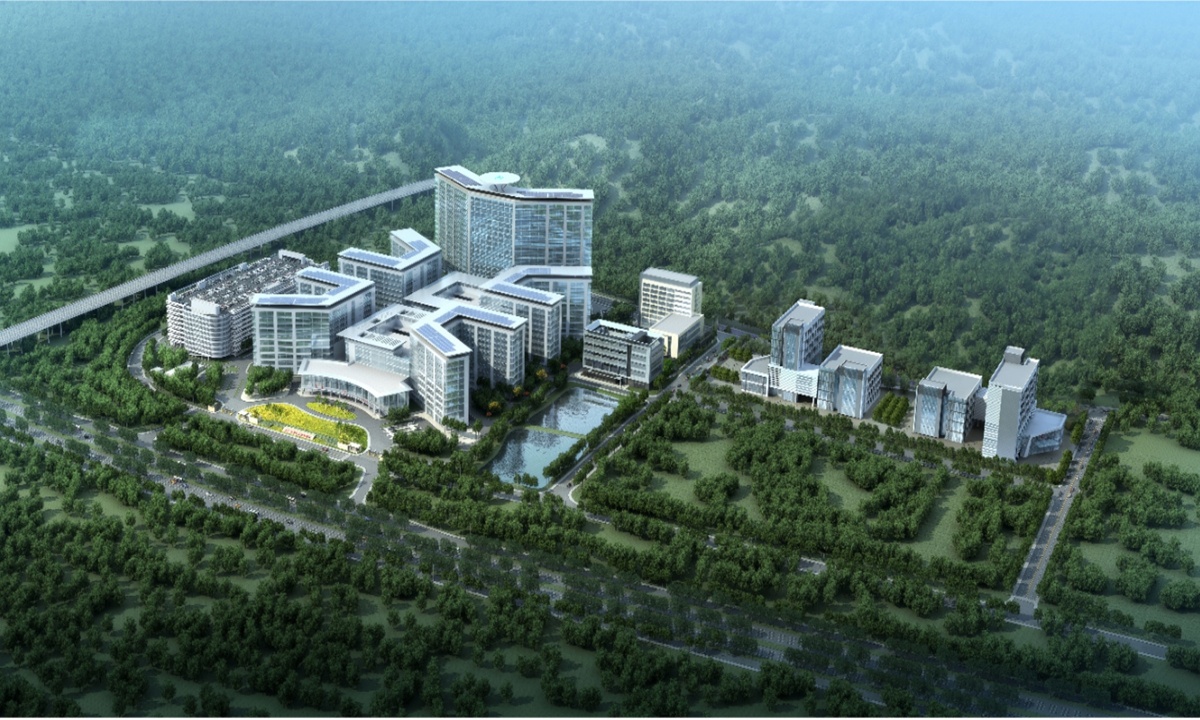 As China again faces sporadic COVID-19 outbreaks, the country has compiled a book that aims to provide guidelines for hospitals in handling public health emergencies, borrowing from the COVID-19 response experience of a Wuhan hospital.

It discusses hospitals' management of medical resources, hospital staff infections and other issues when handling public health emergencies. It also includes the example of the Fangcang makeshift hospitals' response to COVID-19, hoping to help other hospitals deal with similar situations, according to a document sent by the Tongji Hospital to the Global Times.

The document said that although China achieved great success and gained abundant experience in fighting COVID-19, the pandemic revealed some loopholes in the public health system, including early warning systems, arrangement of hospital beds and rescue materials.

The onus of reporting patients with suspicious symptoms falls largely on hospitals, making them the key link in the public health emergency management system, Wang Guangfa, a respiratory expert at Peking University First Hospital, told the Global Times. He noted that after a COVID-19 outbreak, hospitals at all levels should conclude characteristics on contagious diseases and how to report them in an effective manner.

Another responsibility of hospitals is to avoid internal infections during outbreaks, said Wang, suggesting hospitals should come up with long-term and sustainable ways to manage fever clinics.

"The fever clinic is a department that we inherited from the SARS epidemic. Yet it has usually been sidelined. Whenever there's an outbreak, even of the flu, the department will find it difficult to handle. So the fever clinic should come up with solutions on categorizing the treatment of patients with fever symptoms," according to Wang.

In April, 2020, the National Health Commission decided to set up the national center on major public health events in Wuhan's Tongji hospital, to enhance the country's ability to handle emerging contagious diseases. This is China's first national-level medical center to be established outside Beijing and Shanghai.

Wang Hongwei, a professor at Renmin University of China's School of Public Administration and Policy, said that training of medical staff is also key in preparing the country for the next possible epidemic.

For example, when an outbreak is detected, medical staff usually get emergency training before going to the frontlines to fight the epidemic, but many members still have not developed complete anti-epidemic knowledge and skills, said the Renmin University professor.

Medical institutions can recruit and train volunteers, some of whom may be recently retired medical staff, and reserve them as candidates to help fight such emergency events, Wang noted.

The center in Tongji Hospital is scheduled to be completed in June, 2022. It has departments such as treatment of contagious diseases, and a P3 lab and national health data center. It also integrates technology with the training of medical workers, such as virtual reality and 5G.

The COVID-19 pandemic has led China to reflect on its public health system, and the country is devoted to fixing lapses exposed during the outbreak.

During last year's "two sessions," the National People's Congress (NPC) Standing Committee said that it would prioritize legislation on public health this year.

It said will revise several laws this year, including the Law on the Prevention and Control of Infectious Diseases, the Frontier Health and Quarantine Law, and the Emergency Response Law.