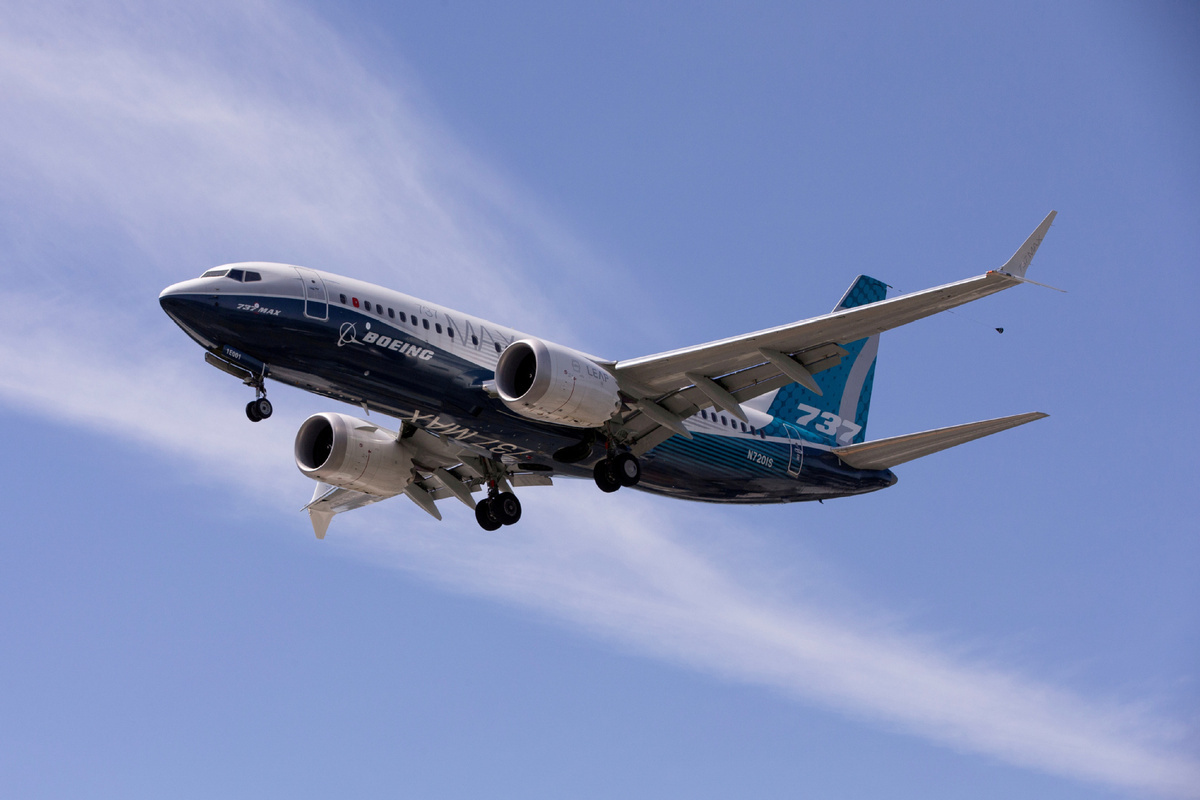 A Boeing 737 MAX airplane lands after a test flight at Boeing Field in Seattle, Washington, on June 29, 2020. (Photo: Agencies)

BEIJING -- China's civil aviation regulator said on Wednesday it had finished the inspection of the country's Boeing 737 jets affected by a recent emergency directive issued by the US Federal Aviation Administration (FAA) concerning engine risks.

Corrosion of these valves during airplane storage could result in a dual-engine power loss without the ability to restart, according to the FAA directive. The grounded Boeing 737 Max was not included in the ordered inspection, it said.

The Civil Aviation Administration of China (CAAC) said it issued its own emergency airworthiness directive on July 24, ordering domestic airlines to check the valves on Boeing 737NG and 737CL aircraft that have been parked for more than six days and operated no more than 10 flight cycles.

Of all the 1,397 737NG and 737CL Boeing airplanes in China, 73 were found to require inspections, the CAAC said. By 5 pm on Tuesday, 70 of them had been deemed safe and had resumed operations, it added.

The remaining three jets will have their check valves replaced before their next flight, the CAAC said.