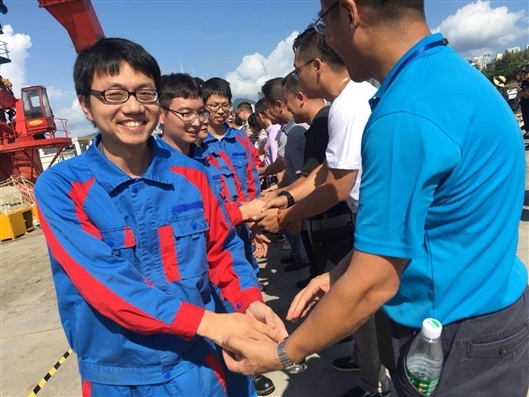 The 59 researchers together achieved fruitful results on a mission that included deep-sea equipment tests and scientific research in disciplines such as geophysics, marine geology, geochemistry and marine biology, according to Bao Gengsheng, chief scientist of the expedition.

During the expedition, two 7,000-meter-class deep-sea gliders operated continuously for 46 days, making it the only abyss-class glider in the world that can work continuously for that period of time.

In addition, researchers also used a remote-controlled robot to complete a high-definition live-streaming 10,000 meters under the sea.

"The expedition shows that China is capable of carrying out comprehensive equipment test and scientific research in deep sea and abyss," said Ding Kang, director of the Institute of Deep-sea Science and Engineering of the Chinese Academy of Sciences.