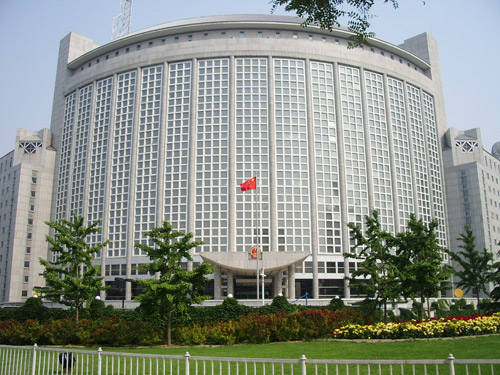 Angus Campbell, Chief of the Australian Defense Force, held a press conference to outline the contents of the report, which revealed shocking details.

Hua listed several examples that emerged from the press conference, saying that Australian soldiers shot adult men and boys in groups, blindfolded them and cut their throats, put two 14-year-old boys into bags after cutting their throats and throwing them into a river, and forcing new recruits to shoot prisoners for "practice."

The atrocious crimes committed by Australia have been strongly condemned by the international community, Hua said.

Hua's remarks came after Morrison earlier Monday demanded an apology from China over a tweet by Zhao Lijian, another spokesperson for the Chinese foreign ministry.

On Monday, Zhao tweeted a satirical cartoon featuring an Australian soldier murdering a child. Zhao commented: "Shocked by murder of Afghan civilians & prisoners by Australian soldiers. We strongly condemn such acts, & call for holding them accountable."

Morrison claimed the cartoon is fake and that China should feel "ashamed" of it.

"Is it reasonable to cruelly kill Afghan innocent civilians, but unreasonable for others to condemn such cruel crimes?" Hua asked.

The Australian government should reflect on itself profoundly, bring the killers to justice, apologize to the Afghan people, and promise to the international community that they will never commit such horrible crimes again, Hua said.

Morrison said the Chinese government should be totally ashamed of this post, BBC reported.

Also, Hua dismissed the rumor raised by a foreign journalist at the press conference that China's criticism of Australia's murder in Afghanistan is related to the current bilateral tensions, saying that the crimes committed by Australian soldiers sparked indignation not only in China but also in the rest of the international community.

Such serious crimes are inhumane, and should be condemned by all people with a conscience, said Hua, noting that issues between China and Australia are unrelated.

Hua admitted that there have been some problems between China and Australia recently, but their root cause is that Australia has violated the basic norms governing international relations and come out with wrong words and deeds on issues concerning China's Hong Kong and Xinjiang, which are China's core interests. China has repeatedly stated its solemn and clear position on this, Hua reiterated.

Hua urged Australia to reflect on itself, recognize the possible differences between the two countries on the basis of mutual respect, and face up to these problems.

In addition, a journalist from the BBC suggested that China was interfering in other countries' internal affairs as the murders involve Australia and Afghanistan but are not directly concerned with China.

In response, Hua said the issue is no longer the internal affair of any country.