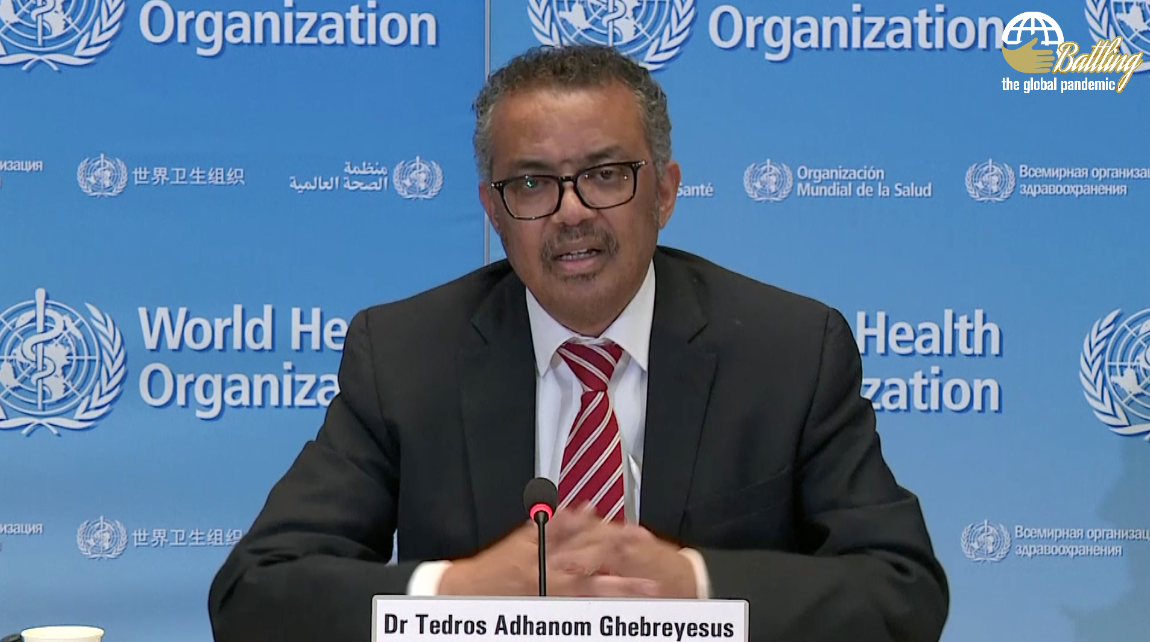 Spokesperson Zhao Lijian's remarks came following the head of the WHO Wednesday rebuked "racist slurs" against him, which he said came from Taiwan.

China opposes any attempt to use the epidemic for the purpose of politicization or stigmatization, Zhao told a routine press briefing.

Under the leadership of Director-General Tedros, the WHO has played an important role in assisting countries' responses to the epidemic and promoting international anti-epidemic cooperation, said Zhao.

The WHO actively fulfills its responsibilities and upholds an objective, science-based and unbiased stance, which has been widely recognized and highly praised by the international community, he added.

Zhao stressed that China supports the WHO in continuing to play a leading role in global anti-epidemic cooperation.

The spokesperson accused the Democratic Progressive Party authorities in Taiwan of doing all they can to make reckless political maneuvers and hype up the issue of Taiwan's participation in the WHO and the World Health Assembly since the outbreak of COVID-19.

"Their real intention is to seek independence under the pretext of the pandemic," he said. "We are firmly opposed to that. Their scheme will never succeed."