BEIJING, Oct. 21 (Xinhua) -- China strongly condemned and firmly rejected the so-called report on the political relations and cooperation between the European Union (EU) and Taiwan adopted by the European Parliament and urged the European Parliament to immediately stop its words and deeds that undermined China's sovereignty and territorial integrity, a Foreign Ministry spokesperson said Thursday. 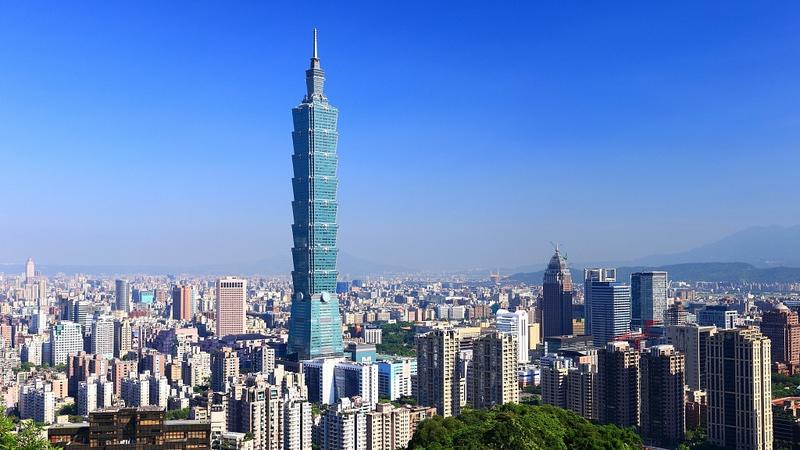 In this undated photo, the Taipei 101 skyscraper commands the urban landscape in Taipei, Taiwan. (Photo: Xinhua)

Spokesperson Wang Wenbin made the remarks at a daily news briefing when answering a query on the adoption of a so-called report on the political relations and cooperation between the EU and Taiwan by the European Parliament.

Wang said there is only one China in the world and Taiwan is an inalienable part of the Chinese territory. The one-China principle is an international consensus and the political foundation of China's diplomatic relations with the EU.

The report adopted by the European Parliament is a serious violation of the basic norms of international relations, the one-China principle and the commitments made by the EU on the Taiwan issue, Wang said.

"The European Parliament should immediately stop its words and deeds that undermined China's sovereignty and territorial integrity and stop provocation and confrontation. We urge relevant parties not to underestimate the strong resolution, determination and capability of the Chinese people to safeguard national sovereignty and territorial integrity," he said.