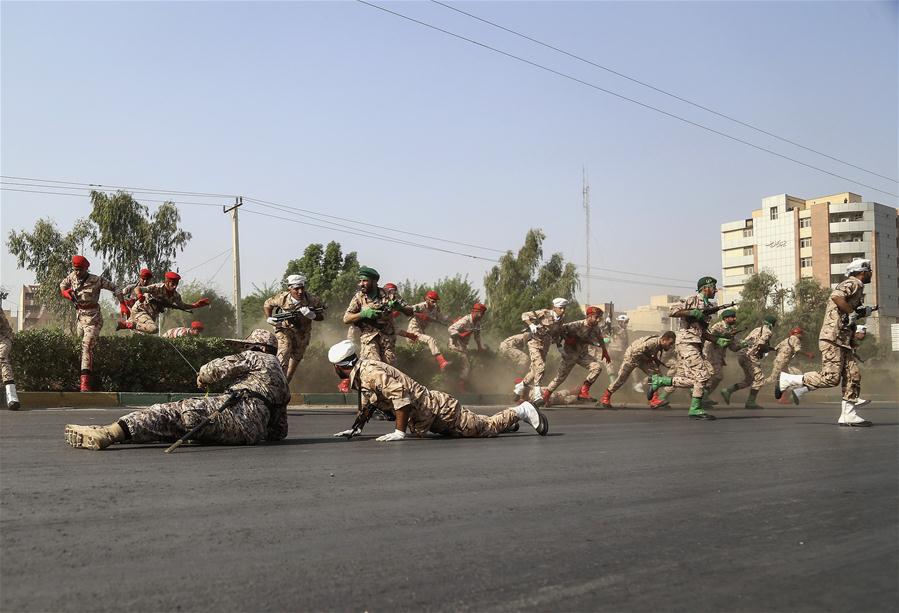 Iranian soldiers take shelter during a terror attack in a military parade in Ahvaz, Iran, Sept. 22, 2018. At least 24 people were killed in the attack. (File Photo: Xinhua/ISNA/Morteza Jaberian)

BEIJING, Feb. 14 (Xinhua) -- China said Thursday that it condemns the suicide terrorist attack in Iran that killed dozens Wednesday and expressed condolences to the victims.

Chinese Foreign Ministry spokesperson Hua Chunying made the remarks at a routine press conference when asked to comment on the attack whick killed 27 people and injured 13 others in Iran's southeastern Sistan and Baluchestan province on Wednesday.

"We condemn this attack. We express our condolences to the victims and sympathy to the bereaved families and the injured," said Hua.