BEIJING, Oct. 16 (Xinhua) -- A spokesperson for the Hong Kong and Macao Affairs Office of the State Council on Wednesday made serious protest to and strongly condemned the passing of the so-called Hong Kong Human Rights and Democracy Act of 2019 by the U.S. House of Representatives. 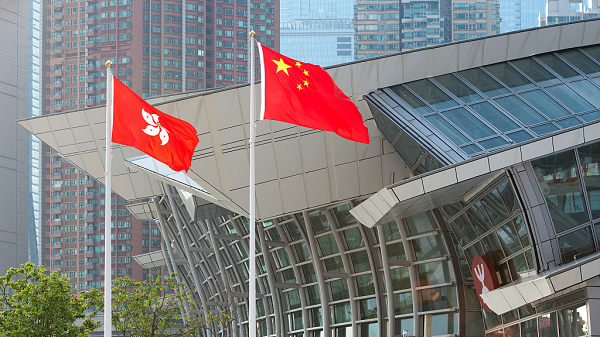 The U.S. House of Representatives passed the act, proposed by some congressmen, on Tuesday local time despite strong opposition from the Chinese government.

Yang Guang, the spokesperson, said the move was a gross intervention in China's internal affairs, a blatant backing for the Hong Kong opposition and violent radicals, and a full revelation of the U.S. House of Representatives' and some politicians' political calculations, who attempt to contain the development of China through playing "Hong Kong card."

The disturbance, originated from proposed ordinance amendments, has become ever more violent. It is inescapably related to the overt or covert support from the U.S. side to anti-China troublemakers in Hong Kong, Yang said.

He noted that some violent radicals have been wantonly beating, smashing, looting, causing serious obstruction to the traffic, and vandalizing public facilities.

"They hurled petrol bombs upon subway in operation and produced remote-control homemade bombs," Yang said, adding that they also assaulted police officers and ordinary residents with different opinions, as well as snatched police guns and even slashed at an officer's neck.

Yang said their actions severely harmed the public order and infringed upon the basic human rights of Hong Kong people including police, such as personal safety and freedom of expression.

U.S. House and some politicians turned a blind eye to violent crimes of Hong Kong mobs, confused right and wrong and confounded black with white, Yang said. "It is nothing else but being accessary to crimes and should definitely be blamed."

Since Hong Kong's return to the motherland, the policies of "one country, two systems," "the people of Hong Kong governing Hong Kong" and a high degree of autonomy for the Hong Kong Special Administrative Region have been faithfully implemented, and the rights and freedoms of Hong Kong residents have been fully protected in accordance with the law, Yang noted.

"We advise the U.S. Congress and some politicians to respect facts and immediately cease the subsequent review of the act to avoid heaped error on error," said Yang. "Hong Kong would be more prosperous and stable without U.S. interference."