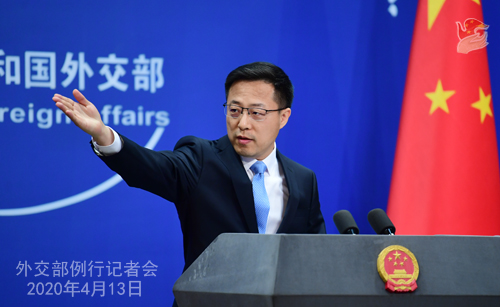 Jiang Duan, minister at the Chinese Mission in Geneva, was appointed to the HRC’s Consultative Group. Seven US senators have written to UN Secretary-General Antonio Guterres opposing the appointment.

“China has always actively participated in the work of the United Nations Human Rights Council and other multilateral human rights institutions,” Zhao responded, pointing out that the appointment of Jiang again shows the international community’s recognition of China’s human rights achievements and its active participation in international human rights exchanges and cooperation.

By contrast, the US itself has an alarming human right situation, Zhao noted. The country has withdrawn from the Human Rights Council, but some anti-China senators have still intervened in the election rules of the UN agency and meddled its affairs, and even in the human rights of other countries.

“We urge these senators to focus on solving human rights issues in their own country, such as racial discrimination, gun violence and the violation of rights of immigrant children,” Zhao said. “Stop political manipulation under the cover of the virus, and work together with the international community, including China, to promote anti-epidemic cooperation, and to improve the human rights and well-being of the American people through practical actions.”