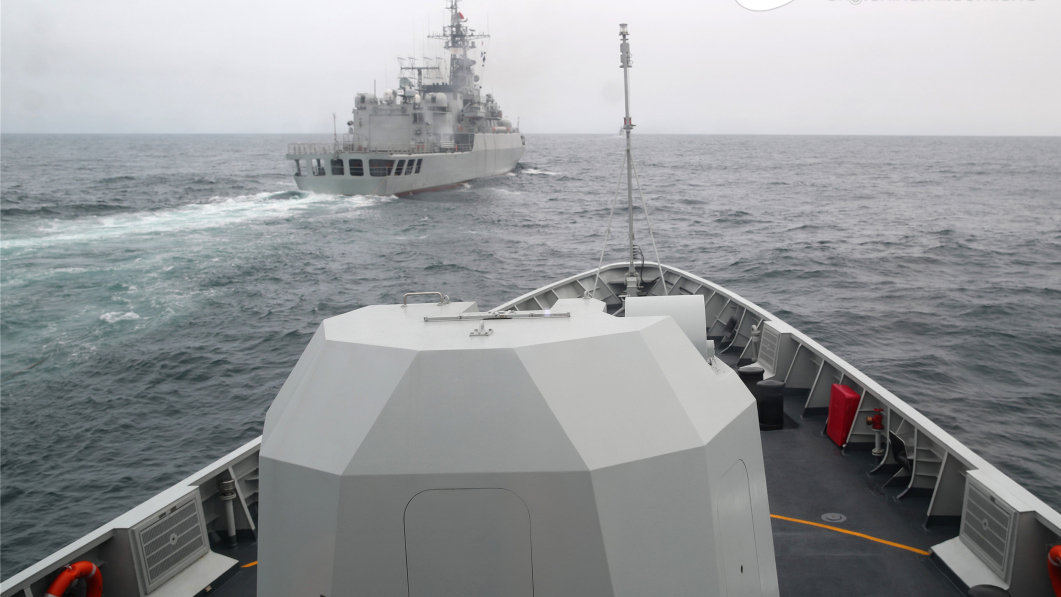 Two vessels attached to a frigate flotilla with the navy under the PLA Eastern Theater Command steam in a prearranged formation during a maritime live-fire training exercise, April 19, 2022. (Photo: PLA)

The People's Liberation Army (PLA) Eastern Theater Command recently conducted a combined combat-readiness patrol in the waters and airspace around China's Taiwan Island as a necessary move against the recent U.S.-Taiwan collusion activities, Senior Colonel Shi Yi, spokesperson for the PLA Eastern Theater Command, said in a statement on Wednesday.

"Recently, the United States has frequently made moves on the Taiwan issue, saying one thing and doing another, instigating support for 'Taiwan independence' forces, which will push Taiwan into a dangerous situation," the statement read.

Taiwan is a part of China, and the troops have continuously strengthened training, improved their ability to fulfill missions, resolutely thwarted any external interference, and smashed separatist attempts for "Taiwan independence," it added.