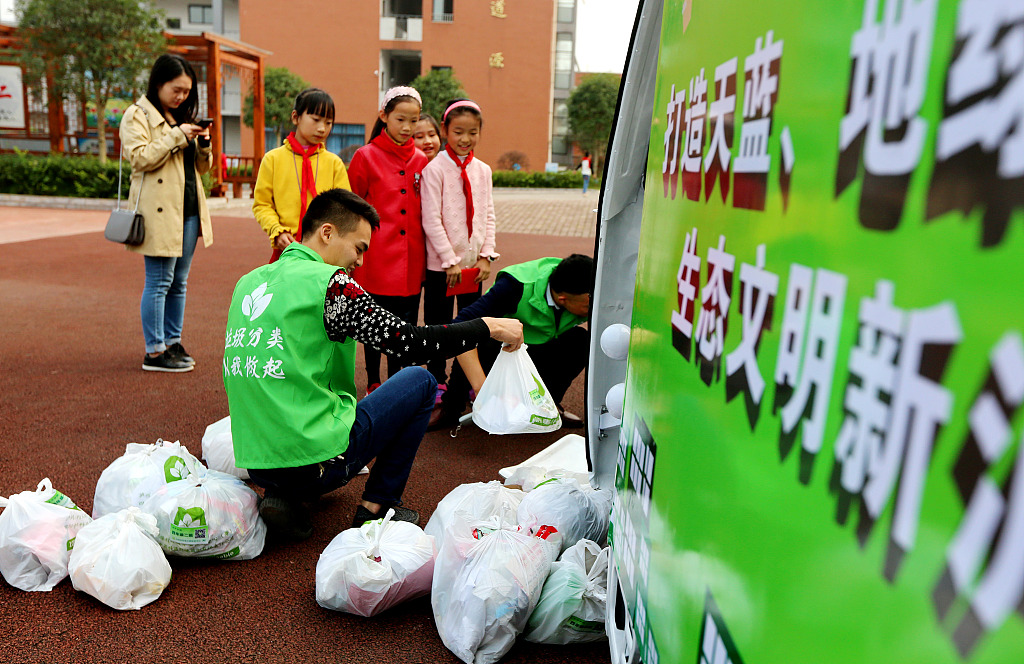 The national "waste-free city" pilot construction conference was held in Shenzhen on May 13. A two-year pilot campaign was launched in 16 Chinese cities and regions.

The two-year pilot campaign was launched in Shenzhen, south China’s Guangdong Province, to promote “waste-free city” in 16 Chinese cities and regions on Monday.

The campaign was announced at the national "waste-free city" pilot construction conference.

China’s Ministry of Ecological Environment explained that a "waste-free city" is not one without solid waste, nor does it mean that solid waste can be fully recycled. Reducing quantity at the source, preventing secondary pollution at the source and minimizing landfill amount are the connotation of the concept.

"Human beings need to find effective ways to eliminate industrial, agricultural and domestic wastes that nature cannot absorb," officials from the Ministry of Ecological Environment said the pilot project is exploring a way for people and nature to live in harmony.

As the initiator proposing the "waste-free city" for the first time in China, Du Xiangwan, an academician of the Chinese Academy of Engineering, thinks that pilot construction of "waste-free city" will bring remarkable environmental, economic and social benefits.