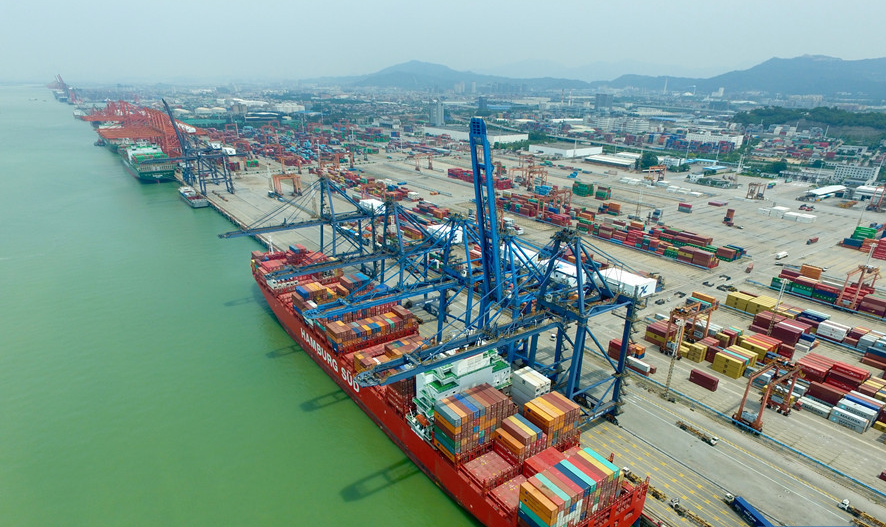 Photo taken on May 18, 2017 by a drone shows the Haicang port area in Xiamen, southeast China's Fujian Province. (Photo: Xinhua)

China has confidence in its ability to maintain stable trade growth in 2019 thanks to a raft of positive factors, a senior commerce official said Tuesday.

The gradual recovery of global economy, China's opening-up efforts and pro-trade policies, accelerating industrial upgrading and improving corporate vitality will lend strong steam to the country's trade growth this year, Chu Shijia, head of the comprehensive department of the Ministry of Commerce, told a conference.

China's goods trade totaled $4.62 trillion last year, up 12.6 percent year on year, faster than that of major trading nations like the United States, Germany and Japan as well as the average rate of major economies.