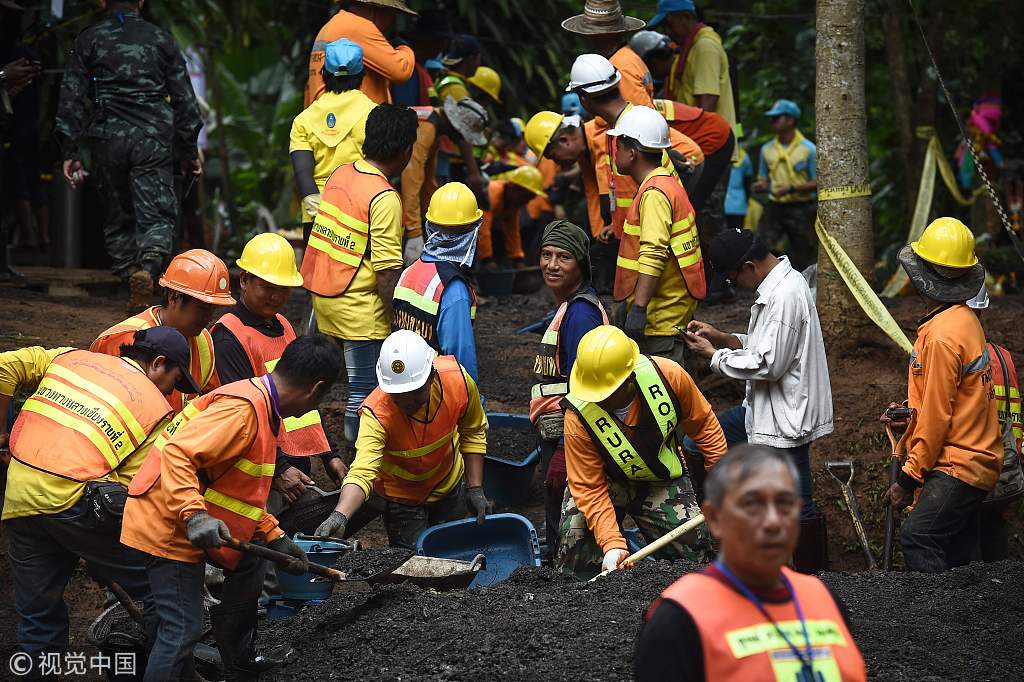 Workers fix the road leading to Tham Luang cave in Khun Nam Nang Non Forest Park following news all members of children's football team and their coach were alive in the cave in Mae Sai district on July 3, 2018. (Photo: VCG)

"As a close friend and neighbor of Thailand, we were concerned about the safety of the missing persons from the very beginning. We are happy to see the operation making significant progress, and all the missing have been found alive," said Foreign Ministry spokesperson Lu Kang at a daily press briefing.

He said non-governmental Chinese rescue teams had joined the search operation, and quoted a Chinese saying, "when trouble occurs at one spot, help comes from all quarters."

He said "China and Thailand are kith and kin" and that this was deeply rooted in the minds of people of the two countries.

"We hope the boys and their coach will be rescued with the least delay possible, and they recover soon," Lu said.

The twelve teenagers and their football coach, trapped in a flooded cave in northern Thailand for nine days, were found alive Monday night.

The 12 boys, aged between 11 and 16, together with their coach, 25, were found alive about 400 meters away from where they first took refuge. They went missing on June 23.

According to rescuers at the spot, the water level inside the cave is too high for them to be taken out immediately. Doctors have been sent to the cave.