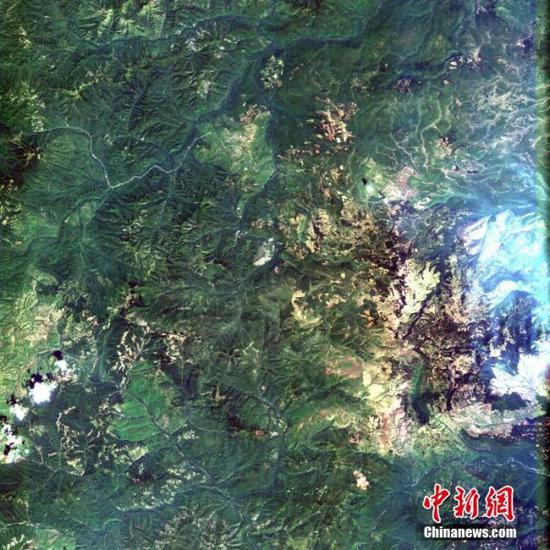 The imaging data tracked and received from the newly-launched Earth observation satellite Gaofen-6. (Photo provided by The Chinese Academy of Sciences)

The Chinese Academy of Sciences (CAS) confirmed that one of its institutes Monday successfully tracked and received imaging data from the newly-launched Earth observation satellite Gaofen-6.

The Aerospace Information Research Institute said the Miyun station of China Remote Sensing Satellite Ground Station received the first batch of observation data from the Gaofen-6 satellite. There was 40GB of data and the mission lasted six minutes.

The Gaofen-6 satellite was launched on a Long March-2D rocket on June 2 from the Jiuquan Satellite Launch Center in northwest China.

Weighing 1,064 kg and with a life of eight years, the Gaofen-6 satellite has a similar function to the Gaofen-1 satellite but with better cameras, and its high-resolution images can cover a large area of the Earth, according to the State Administration of Science, Technology and Industry for National Defence.

The Gaofen-6 can observe the nutritional content of crops, and help to estimate the yields of crops such as corn, rice, soybeans, cotton and peanuts.

Its data will also be applied in monitoring agricultural disasters such as droughts and floods, evaluation of agricultural projects and surveying of forest and wetlands.