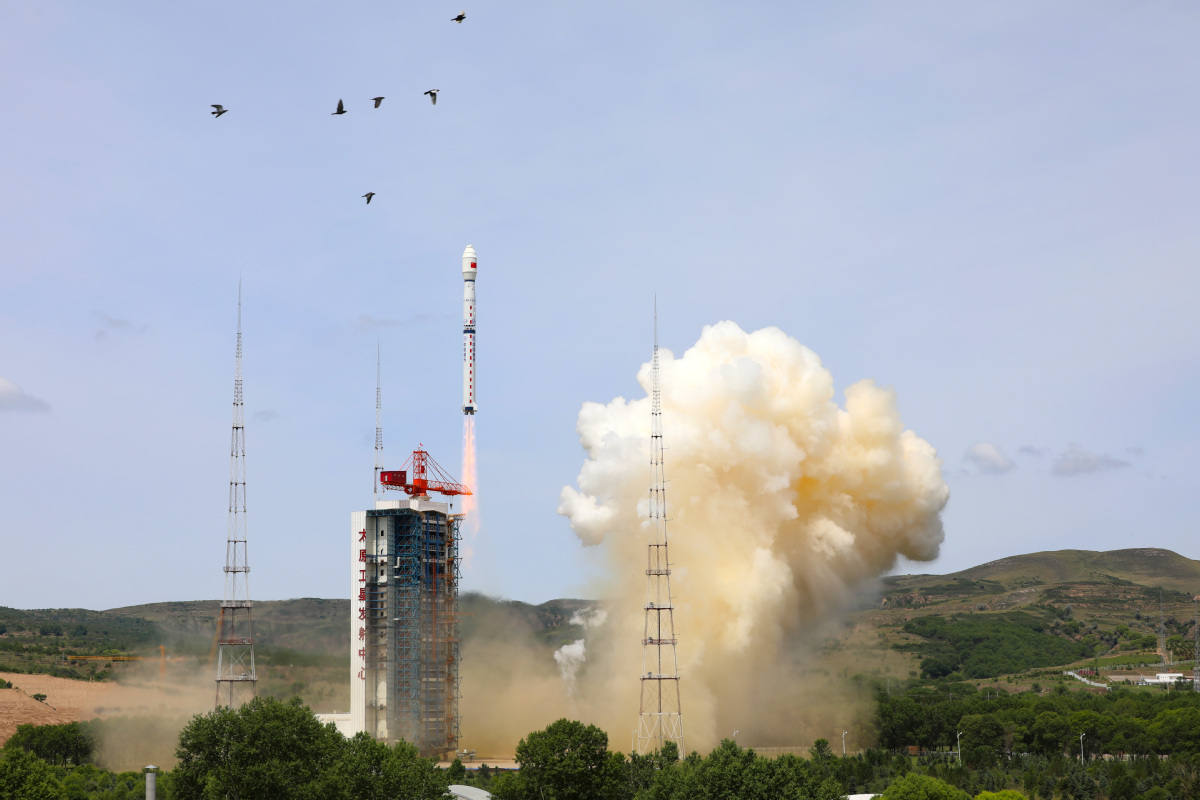 A high-resolution multi-mode imaging satellite is launched from the Taiyuan Satellite Launch Center in Shanxi province, on July 3, 2020. (Photo by Zheng Taotao/for chinadaily.com.cn)

The satellite, launched on July 3, is a civil-use optical remote-sensing satellite with a resolution up to the sub-meter level. According to the Aerospace Information Research Institute under the CAS, China's remote sensing satellite ground station in Beijing's Miyun District first tracked and received the downlink data on July 3.

The ground stations in Kashgar in Xinjiang Uygur autonomous region and Sanya in Hainan province, as well as the China Remote Sensing Satellite North Pole Ground Station, have also confirmed reception of the satellite data.

As of Monday, the remote sensing satellite ground stations have received 1,012 gigabytes of data, which are being processed normally.