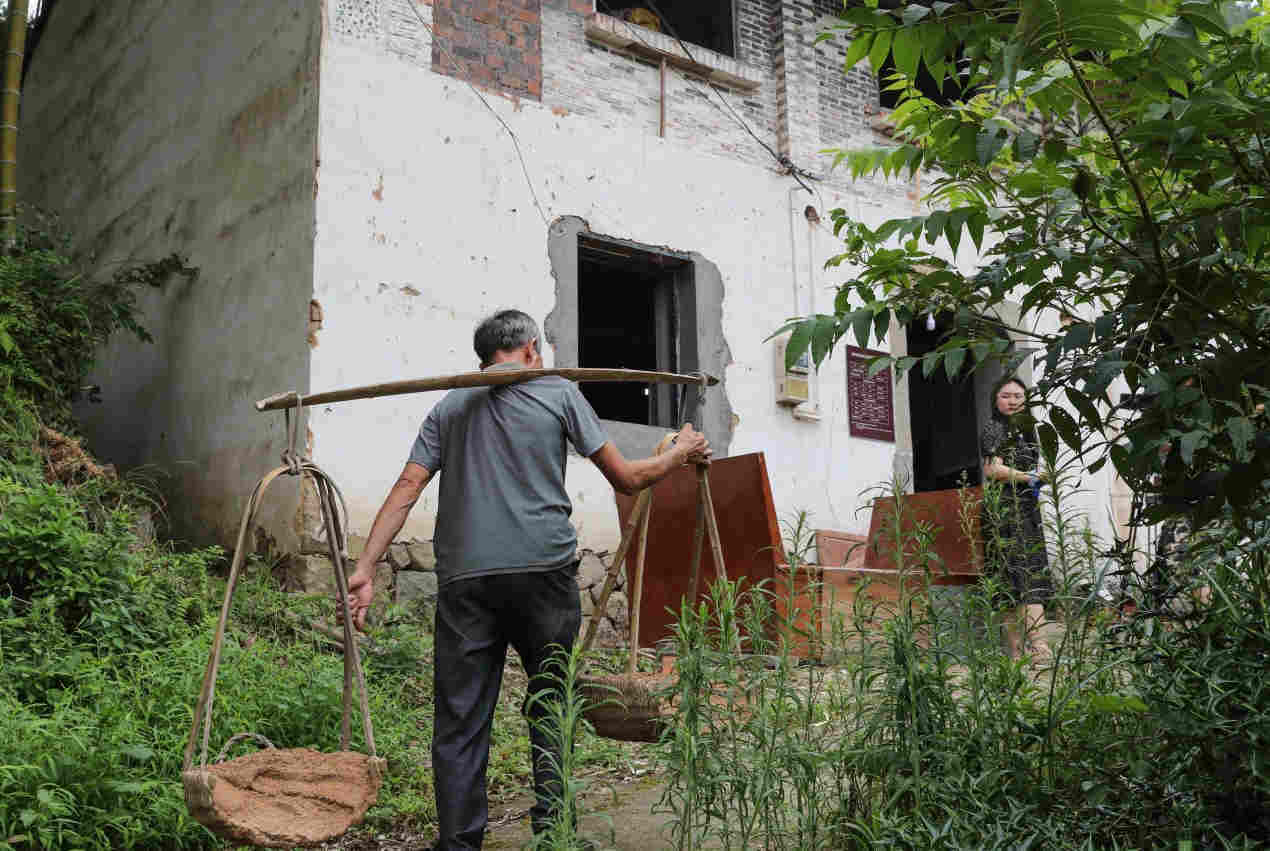 “With my income increasing and burden relieved, my life now is just great!” That was said by Guo Yufa, a farmer from Xinghe county, China’s Inner Mongolia autonomous region. According to him, most of his wife’s medical expenses are reimbursed, and his children are enjoying free education and financial aid. Besides, the family also gets poverty-alleviation subsidies, which enable it to develop poultry raising, a business that earned them nearly 50,000 yuan ($7,362) last year.

Zhang Xianhua, an impoverished resident from Qijiafang village, Kangbao county, north China’s Hebei province told People’s Daily that her life in the mountains before were tortuous, but after moving to the relocation communities in the township, she believes her future is prosperous. Zhang is now a sanitation worker in the community, and her husband a warehouse manager. Living in the community, they don’t even have to go out for grocery shopping and medical services.

The stories of Guo and Zhang are taking place across China, constituting a perfect “answer sheet” of China’s poverty-alleviation. During the 13th Five-Year Plan period (2016-2020), China has steadfastly implemented targeted poverty-alleviation policies with more investment. From 2015 to 2019, the registered poor population in the country shrank from 55.75 million to 5.51 million, and the number of impoverished counties was also decreasing. The incidence of poverty dropped from 5.7 percent to 0.6 percent. All rural residents falling below China’s current poverty line will be lifted out of poverty before the end of this year, and so will impoverished counties. Absolute poverty, which has haunted the Chinese nation for thousands of years, will soon become a thing of the past. This will be a great miracle in human history.

He Poyi, a villager from Ekeluo village, Fugong county, southwest China’s Yunnan province who had moved out of the mountains and started a new life, told People’s Daily that it was the frequent conversations launched between him and poverty-alleviation working teams that put away his worries. “Now I can work near home and live a good life,” he said.

To relocate all impoverished residents, batches of officials trekked over mountains and stationed in mountainous villages. “Thanks to the strong support of targeted poverty-alleviation policies, we will complete a historic transition from suffering extreme regional poverty to shaking off poverty for all the residents. During the past five years, officials went to the village in droves to complete the “last kilometer” of targeted poverty alleviation. The average annual growth of poverty relief fund dispensed by the central government has been kept above 20 percent, and a series of unusual policies were implemented to solve deep-rooted problems. From 2015 to 2019, over 11 million poor people were lifted out of poverty each year.

In the past five years, the income of impoverished residents witnessed a large increase, and problems related to people’s access to compulsory education, basic medical services and safe housing have been generally solved. According to statistics, more than 90 percent of the country’s registered poor residents benefited from industry-driven poverty alleviation and pro-employment policies. Over two thirds of them shook off poverty by working out-of-town and developing industries. From 2015 to 2019, the growth of per capita disposable income of farmers in impoverished regions outran the national average, and the average annual growth of net income of registered impoverished residents hit 30.2 percent.

“The village medical center now has most of the common medicines. We don’t have to go out to see the doctors for trivial health problems, and we only have to shoulder 10 percent of the total expense,” said Wang Baolian, an impoverished resident from Shutai village, Bazhong, southwest China’s Sichuan province.

Between 2016 and 2020, impoverished regions saw prominent improvement in basic public services, and basic health services, compulsory education and housing have been guaranteed for impoverished residents.

China’s poverty alleviation strategies and achievements receive wide recognition and high evaluation from the international society. United Nations Secretary-General Antonio Guterres said that “Targeted poverty reduction strategies are the only way to reach those farthest behind and achieve the ambitious targets set out in the 2030 Agenda for Sustainable Development,” adding that China’s experiences can provide valuable lessons to other developing countries.