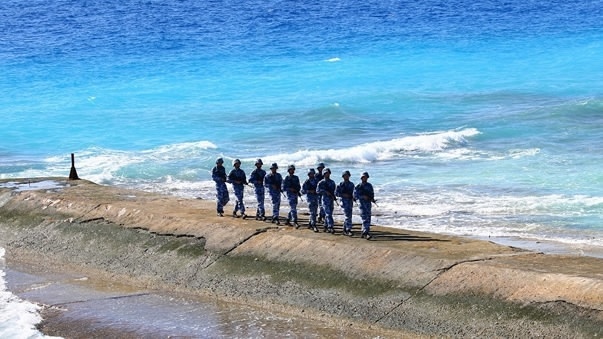 China on Monday criticized the national defense bill recently passed by the U.S. Congress, saying it reflects the so-called China Threat Theory and severely damages development between the two countries and their armies.

A Chinese Defense Ministry spokesperson said it was a gross interference in China's internal affairs as well as a major breach of the one-China principle and the three China-U.S. joint communiques.

The spokesperson said solemn representations had been lodged with the U.S. side.

China is always committed to peaceful development and defensive military strategy, the spokesperson noted, stressing China is an active contributor to global peace and development.

Regarding Hong Kong- and Taiwan-related issues, the spokesperson urged the U.S. side to stop interfering in China's internal affairs.

"China firmly opposes any forms of official and military ties between the U.S. and Taiwan," the spokesperson said, warning the U.S. side not to underestimate China's determination to defend its sovereignty and territorial integrity.

China bears no tolerance to any plots that attempt to split the country and the Chinese military will take all necessary measures to safeguard its sovereignty and territorial integrity, said the spokesperson.

The spokesperson added that the U.S. should follow the trend of time and discard its Cold War Mentality while viewing the development of China and its military in a rational way, before expressing hope that the two countries could meet each other halfway and work jointly to uphold world peace and stability.