BEIJING, Feb. 28 (Xinhua) -- A total of 36,000 COVID-19 patients have been cured and discharged from hospitals, accounting for 45.9 percent of the total confirmed cases, a health official said Friday. 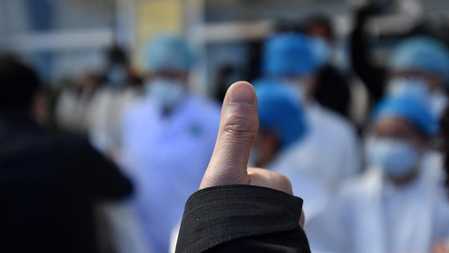 Of the over 8,400 cured cases that have been analyzed, mild and common cases accounted for 90.8 percent, with severe cases taking up 7.2 percent and critical cases accounting for 2 percent, said Guo Yanhong, an official with the National Health Commission at a press conference Friday.

The average age of patients with mild symptoms is 43, and that of severe and critical patients is 53, Guo said, adding that patients with basic diseases, even severe ones, can be well cured through strengthened treatment.

"For patients with mild symptoms, general treatment is often adopted," she added.