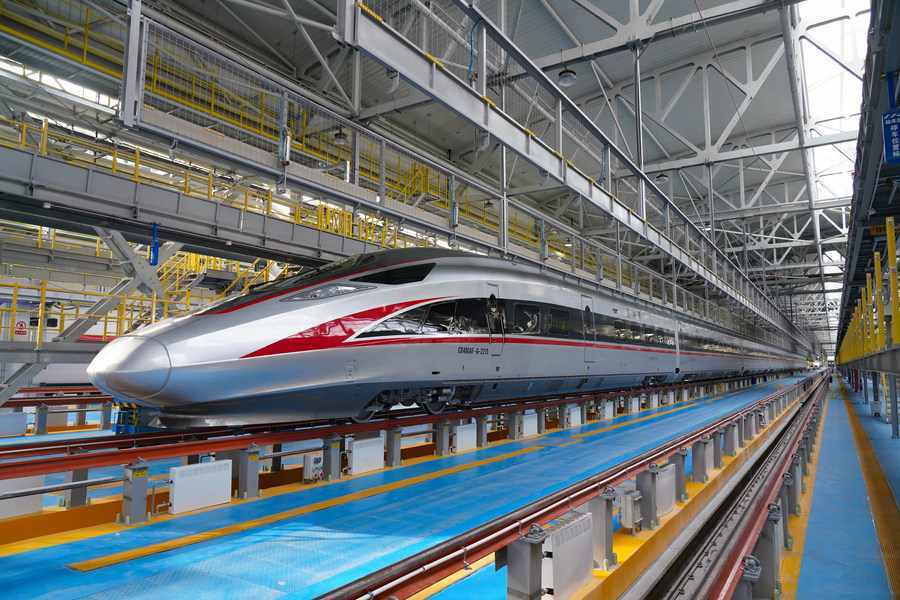 Photo taken on Jan. 6, 2021, shows the high-speed Electric Multiple Unit (EMU) that can operate under temperatures as low as minus 40 degrees Celsius in China Railway Beijing Group Co., Ltd. in Beijing, capital of China. (Photo: Xinhua)

BEIJING, Jan. 6 (Xinhua) -- China on Wednesday debuted a high-speed Electric Multiple Unit (EMU) that can operate under temperatures as low as minus 40 degrees Celsius in Beijing.

The EMU, named Fuxing, has a designed speed of 350 km per hour. It is expected to run on the high-speed railway between Beijing and Harbin, capital of China's northernmost province Heilongjiang, according to Zhou Song, with China Railway Beijing Group Co., Ltd.

Under extreme cold temperatures, condensed water is prone to form in the power distribution cabinet, affecting the safe operation of trains, according to Xia Sen, with CRRC Qingdao Sifang Co., Ltd, the EMU developer.

Designers of the train used a layer of micron-level ceramic porous material on the cabinet. It can store the condensed water in the pores. As the passenger room temperature rises, the condensate evaporates.

Jia Xiangjie, chief designer of the train with CRRC Qingdao Sifang, said the EMU has automated anti-freeze functions in its brake system. It also has insulation material and heating in its water tanks and pipes.