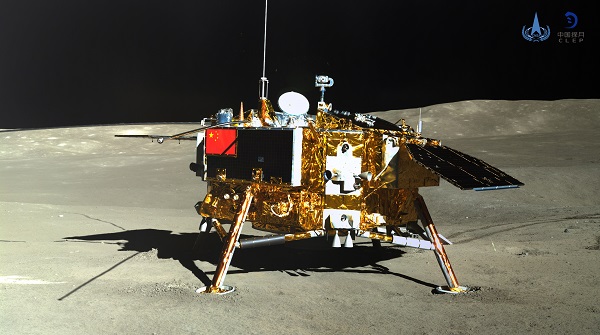 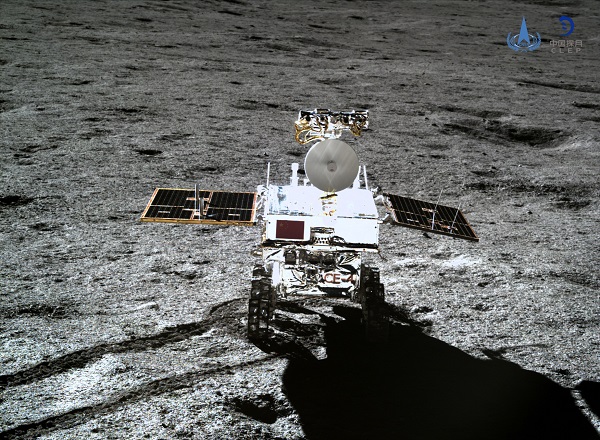 An image of the moon rover Yutu-2 by the topographic camera of the Chang'e-4 probe lander.

Chang'e-4 probe touched down at the preselected landing area at 177.6 degrees east longitude and 45.5 degrees south latitude in the Von Karman Crater in the South Pole-Aitken (SPA) Basin on the far side of the moon on Jan. 3, and the rover drove onto the lunar surface late that night.

Named after Chinese moon goddess "Chang'e," China's lunar exploration program, which began in 2004, includes orbiting and landing on the moon and bringing samples back to Earth.