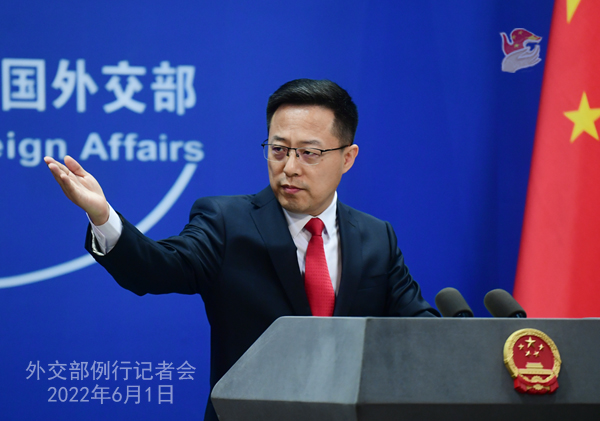 The US should first sort out its mass shooting problems before lecturing other countries on human rights, China said again on Wednesday.

Ministry of Foreign Affairs spokesperson Zhao Lijian expressed condolences for the victims’ relatives at a regular press briefing in Beijing before castigating the US approach to guns.

“Gun proliferation, an inherent wound of the American society, is one of the biggest traumas that plagues America’s human rights records, reflecting the country’s political division and social governance dysfunction, ” Zhao said. “Gun violence constitutes the major cause of death for American children and adolescents, 75 percent of whom regard mass shootings as the major source of pressure upon them.”

Zhao said he was citing research by the University of Michigan.

“It is ridiculous for the United States to answer violence with violence by arming teachers with guns in an effort to tackle gun issues,” the ministry spokesperson said.

Zhao noted the National Rifle Association went ahead with its annual convention as planned despite the latest elementary school massacre.

“Priding itself on holding high ground in human rights, the US should fail to protect its people’s rights to subsistence and is therefore in no position to lecture others on the issue.”

American politicians have turned a blind eye to public security and vetoed gun control acts one after another, Zhao said.

“The US government should face up to its innate social problems by turning empty slogans and political posturing into self-reflection and action to ensure the American people’s access to freedom from fear and protects their lives.”