BEIJING, Oct. 16 (Xinhua) -- China is dedicated to promoting a human community with a shared future, Xi Jinping said on Sunday at the opening session of the 20th National Congress of the Communist Party of China. 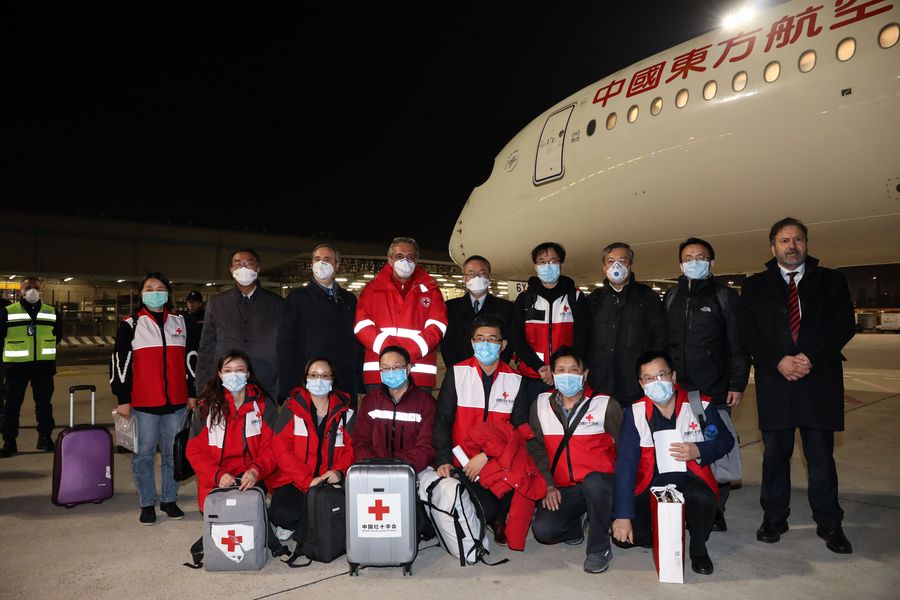 China has always been committed to its foreign policy goals of upholding world peace and promoting common development, Xi said.

"Let us all join forces to meet all types of global challenges," Xi said.

China remains firm in pursuing an independent foreign policy of peace. It has always decided its position and policy on issues based on their own merits, and it has strived to uphold the basic norms governing international relations and safeguard international fairness and justice, Xi said.

China stands firmly against all forms of hegemonism and power politics, the Cold War mentality, interference in other countries' internal affairs, and double standards, Xi said.

Xi noted that China will never seek hegemony or engage in expansionism.

Guided by the principles of sincerity, real results, affinity, and good faith and with a commitment to the greater good and shared interests, China endeavors to strengthen solidarity and cooperation with other developing countries and safeguard the common interests of the developing world, Xi said.

China is committed to its fundamental national policy of opening to the outside world and pursues a mutually beneficial strategy of opening up. It strives to create new opportunities for the world with its own development and to contribute its share to building an open global economy that delivers greater benefits to all peoples, Xi said.

China adheres to the right course of economic globalization. It is committed to working with other countries to foster an international environment conducive to development and create new drivers for global growth, Xi said.

Xi said the world has once again reached a crossroads in history, and its future course will be decided by all the world's peoples.

The Chinese people are ready to work hand in hand with people across the world to create an even brighter future for humanity, Xi said.