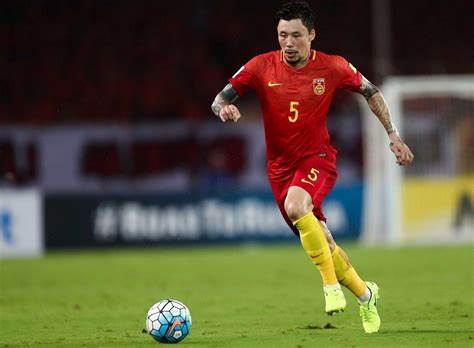 SHARJAH, UAE, Sept. 15 (Xinhua) -- Chinese veteran defender Zhang Linpeng has been ruled out of outfield training due to a waist injury he sustained in China's defeat to Japan in their last World Cup qualifier, the Chinese side said.

"Zhang Linpeng is still recovering from the waist injury and could not attend the team training," the Chinese team said on social media on Tuesday.

The 32-year-old twisted his waist only two minutes into the Japan game held on September 7 in Doha and was taken off.

After losing the first two games of the final stage of the Asia World Cup qualification, the Chinese side is girding themselves up for their next match against Vietnam scheduled on October 7 in Sharjah, the United Arab Emirates, a game they are determined to win.

China adopted a down-to-earth attitude after failing to manage a single shot on goal in their 3-0 loss to Australia and 1-0 loss to Japan.

Their captain Wu Xi said they would like to let the ball talk in the Vietnam match rather than themselves talking a lot before the match.

"We need to make the best possible preparation for the game against Vietnam, I think this is the most important thing for us now," he said.

"Talk is useless. We need to fight against our opponents with actions. What matters is the final result," he said.