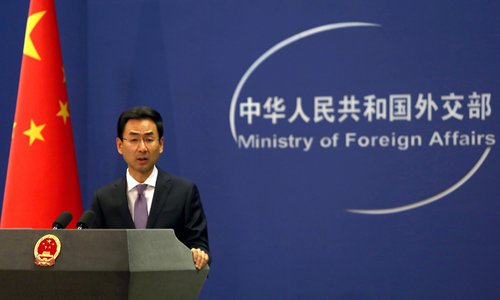 Chinese Foreign Ministry said on Monday that the country has sovereignty over Nansha Islands and its surrounding waters and enjoys sovereign rights and jurisdiction over relevant waters, and that Chinese vessels operate in waters under Chinese jurisdiction.

Geng Shuang, spokesperson of Chinese Foreign Ministry, made the remarks at a regular media conference on Monday, in response to reports that the Chinese survey ship Haiyang Dizhi-8 (Ocean Geology No.8) and coast guard vessels escorting it returned to the so-called "exclusive economic zone" of Vietnam.

He added that when the vessels carry out work, they only make adjustments to their plans based on the marine conditions and actual demand.

The ship has a gross tonnage of 6,786 tons and is able to reach a speed of 15 knots, media reported.