Experimental reactor could be first stride toward endless energy: expert

China has delivered core components to the "artificial sun" reactor project, a move that contributes to the peaceful use of nuclear energy and mankind's sustainable development, according to experts. 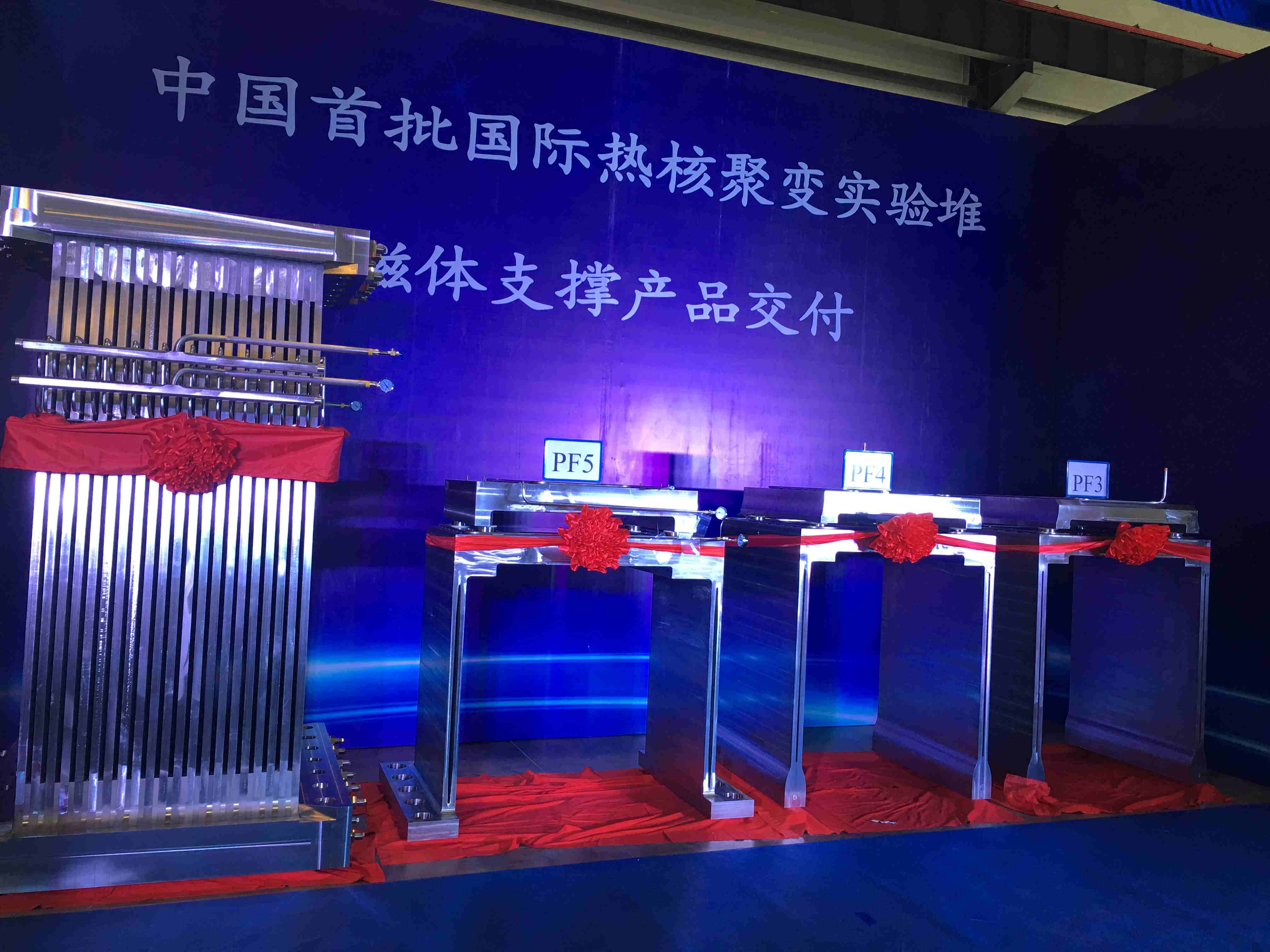 The first batch of magnet supports, consisting of different modes, designed and manufactured by China, will be delivered soon to the  ITER project's headquarters in France. (Photo: CGTN)

The components will then be transferred to the experimental reactor facility in France, becoming the first batch of fundamental parts to be installed, according to the report.

The magnet support components are among the most important fundamental parts of the ITER. They will support the 10,000-ton magnet - the core device of the reactor - under extreme working condition, Luo Delong, director of the China International Nuclear Fusion Energy Program Execution Center, was quoted by Xinhua as saying.

"The delivery marks China's contribution to the peaceful use of nuclear energy and mankind's sustainable development," said Liu Yong, the president of China National Nuclear Corporation's Southwestern Institute of Physics, adding that the research has provided technological know-how and personnel reserve for China's own thermonuclear fusion reactor development, Xinhua reported.

The ITER project is a global collaboration of 35 countries including China, Russia and the US.

The experimental thermonuclear fusion reactor, also dubbed as the "artificial sun" since it would give off energy by a similar principle as the sun, aims to use fusion power as a sustainable energy source, according to the official website of ITER.

"The Hydrogen bomb is based on thermonuclear fusion, but it releases huge amounts of uncontrollable energy. Today's nuclear plants are based on nuclear fission," Zhou Dadi, deputy director of the China Energy Research Society with the National Development and Reform Commission, told the Global Times on Sunday, noting that no thermonuclear fusion has been harnessed by mankind before.

The challenge of controlling a fusion reaction comes from how to deal with the extreme heat as intense as the sun, Han Xiaoping, chief analyst at energy industry website china5e.com, told the Global Times on Sunday, adding that the components, together with other parts, aim to achieve that.

China has invested 4 billion yuan ($625 million) in the ITER project in the past 10 years, reported Xinhua in January.

China has had controllable fusion in mind for decades as it may one day solve the problem of energy sustainability for all mankind, asserted Han.

The reactor is planned to be powered on for the first time in December 2025.

"It is important to develop thermonuclear fusion technology, but it is still too soon to expect it to be put into commercial use," Lin Boqiang, director of the China Center for Energy Economics Research at Xiamen University, told the Global Times on Sunday.