Beijing (People's Daily) - China has denied the accusation that it has made a big compromise to resolve China-US trade disputes.

"This is not ‘You step forward, I step back,’” said Gao Feng, spokesman for China’s Ministry of Commerce (MOFCOM), in response to the accusation at a regular press conference on Thursday. 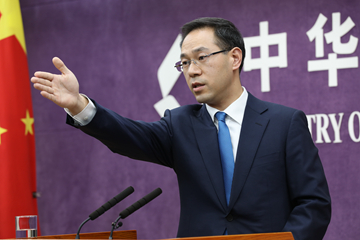 "China and the US share aspirations in intellectual property protection and market access expansion, and that is also consistent with China’s deepening reform and increasing opening up,” Gao said.

“China and the US will start negotiations based on mutual respect, equality and mutual benefits, and provide a better environment for enterprises of the two countries,” Gao added.