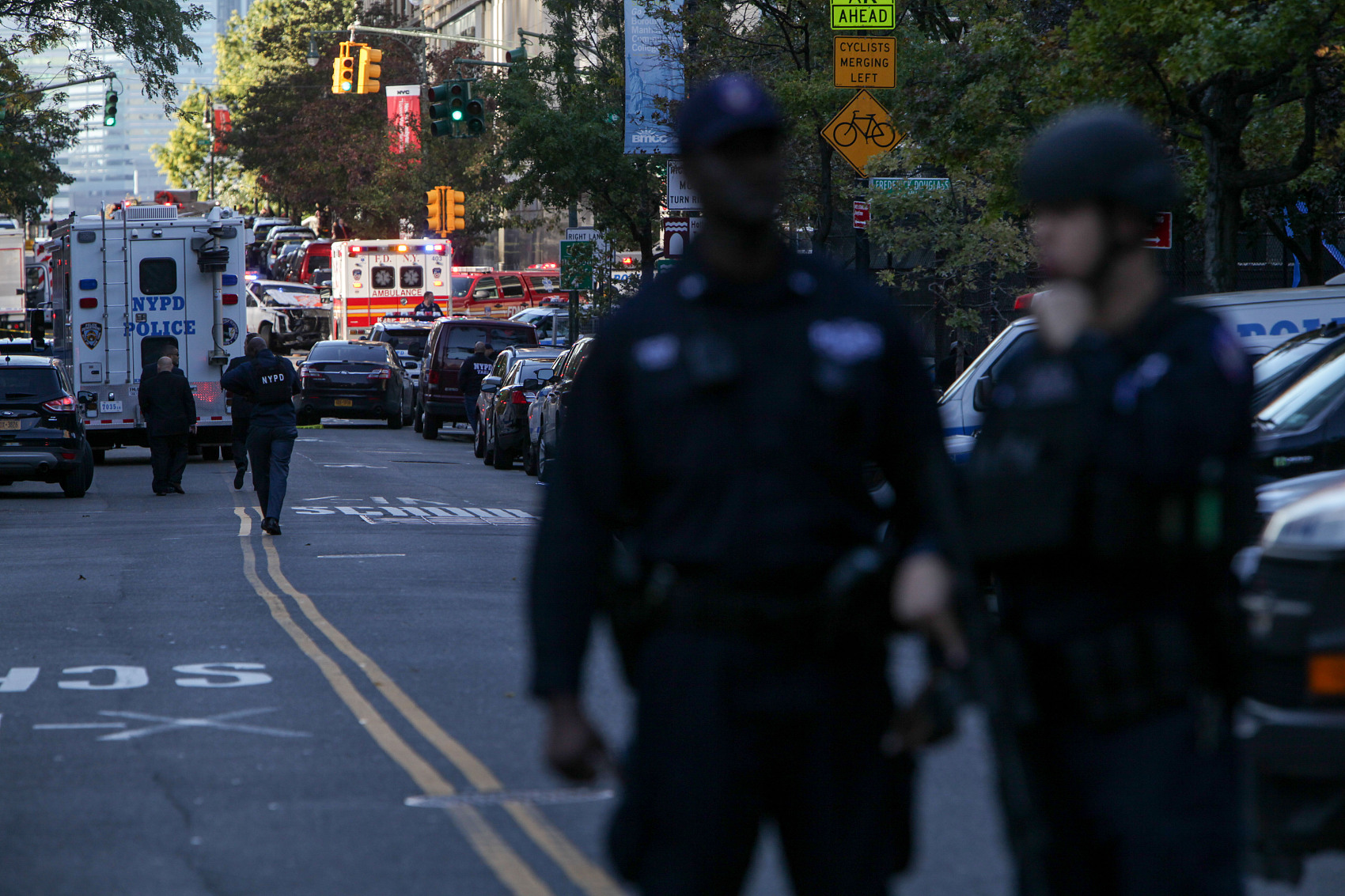 China on November 1 denounced a truck attack that killed eight people and injured 11 others in New York City, an incident called "a particularly cowardly act of terror" by NYC Mayor Bill de Blasio.A 29-year-old man driving a rented pickup truck mowed down pedestrians and cyclists on a bike path alongside the Hudson River in Lower Manhattan of New York City in the afternoon on October 31. The driver was then shot by police and taken into custody."China denounces the incident, and offers condolences and sympathy to the victims and their families as well as the injured," Foreign Ministry spokesperson Hua Chunying said at a regular news briefing.China is aware that the mayor called the incident an "act of terror," Hua said, adding that terrorism is the common enemy of mankind, and that China opposes all forms of terrorism and advocates international cooperation to fight it, said Hua.According to preliminary information gathered by the Consulate General of China in New York, there were no reports of Chinese nationals killed or injured in the attack."We will continue to pay close attention and provide immediate help to Chinese citizens that might be affected," she said.