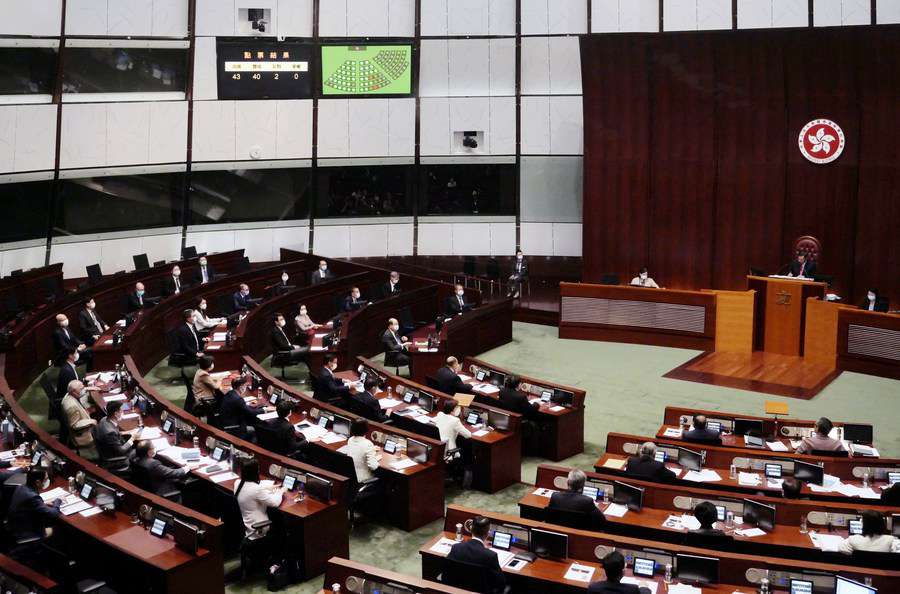 China's Foreign Ministry on Friday expressed discontent over US criticism on Hong Kong’s electoral rules overhaul and urged the US to stop meddling in its internal affairs.

Hong Kong's legislature passed amendments to electoral laws on Thursday, while US State Secretary Antony Blinken claimed the move will block Hong Kong from “meaningfully participating in their own governance”.

The amendments will fix flaws in its electoral system and are expected to ensure the steady development of Hong Kong’s democratic system and long-term prosperity and stability, added Zhao.

Blinken’s remarks ignored basic facts and made groundless accusations against China’s central government and Hong Kong authorities. The US is attempting to interfere in Hong Kong politics and in China's internal affairs rather than allegedly caring for Hong Kong's democracy and the rights of Hong Kong people, said Zhao.