BEIJING, March 23 (Xinhua) -- Chinese authorities on Monday deployed measures to guard against imported cases of the novel coronavirus disease (COVID-19) and a rebound in domestically transmitted cases in response to changes in the epidemic situation. 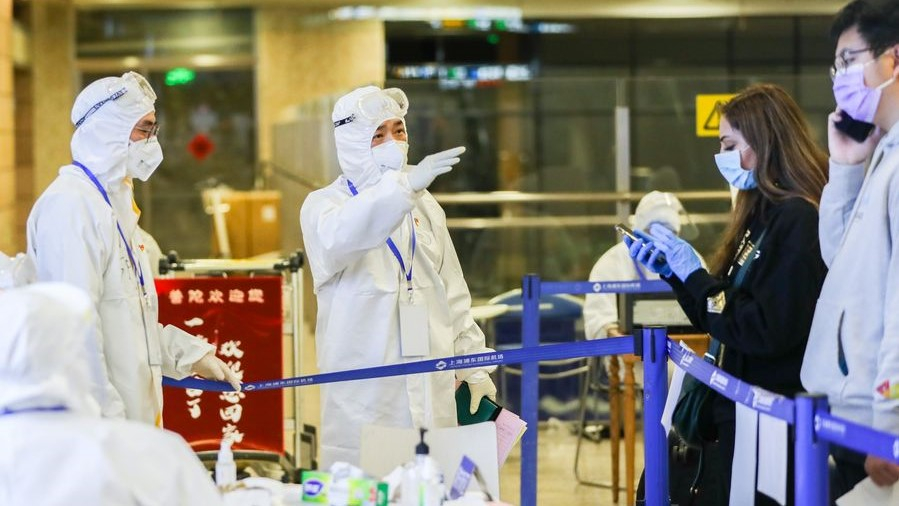 A leading group of China's COVID-19 epidemic response convened a meeting on Monday, which was chaired by Premier Li Keqiang, also a member of the Standing Committee of the Political Bureau of the Communist Party of China Central Committee.

The meeting called for proactive and orderly resumption of work and production while ensuring effective epidemic prevention and control.

"At present, the spread of domestically transmitted epidemic has been basically blocked, but the risks of sporadic cases and regional outbreaks still exist," said a statement issued after the meeting, urging people to remain clear-headed as the global pandemic situation remains complex and severe.

A two-pronged prevention and control strategy should be implemented by focusing on both the prevention of imported cases and a rebound in indigenous cases so as to secure the hard-won achievements in the fight against COVID-19, according to the meeting.