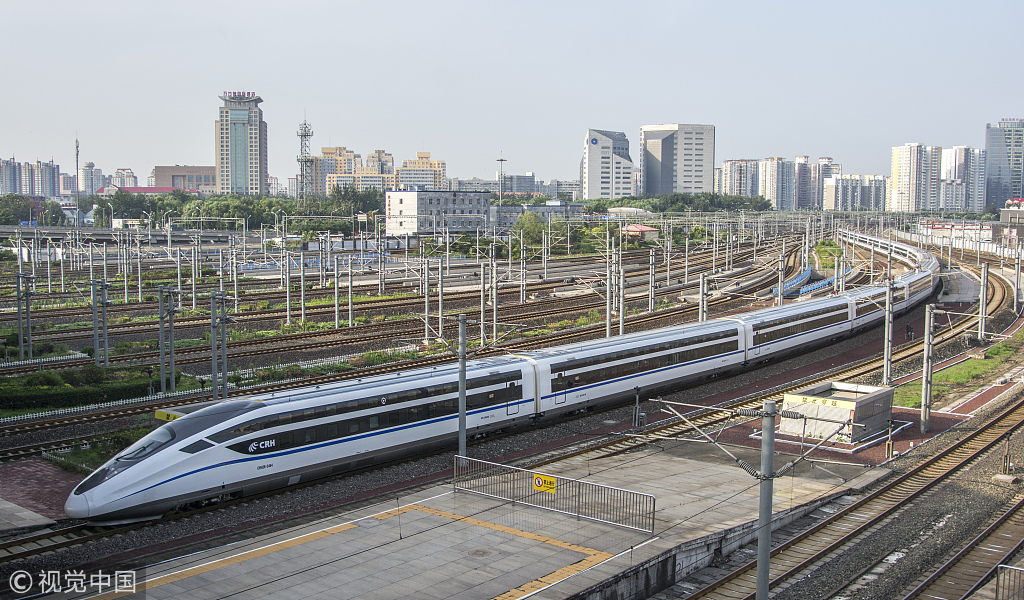 Equipped with an unmanned operating system, the train is fully automatic in all functions including self-maintenance, starting and stopping and traveling, said Wang Zhonghai, a technical expert with CRRC Changchun Railway Vehicles Co. Ltd.

The intelligent system can monitor the train's operating state, and the safety equipment installed on the train can detect roadblocks and derailment to significantly increase its safety, Wang said during the rail traffic expo that concluded Sunday in Changchun.

Passengers can watch videos on the smart window displays. All carriages are equipped with WiFi and incorporate LiFi technology, which uses visible light to transfer data.

3D cameras installed above the train doors can automatically calculate the number of passengers. In special zones, hearing aid equipment can offer assistance to those with hearing disabilities.

Made of carbon fiber, the new generation subway train is at least 15 percent lighter than a traditional subway train and can reduce energy consumption by around 15 percent.

Wang did not disclose when the new model will be put into production, only saying "it will be soon."

CRRC Changchun is a major train maker in China with more than 18,000 employees producing over 8,000 trains each year. Its products have been exported to more than 20 countries and regions, including the United States, Australia, and Brazil.