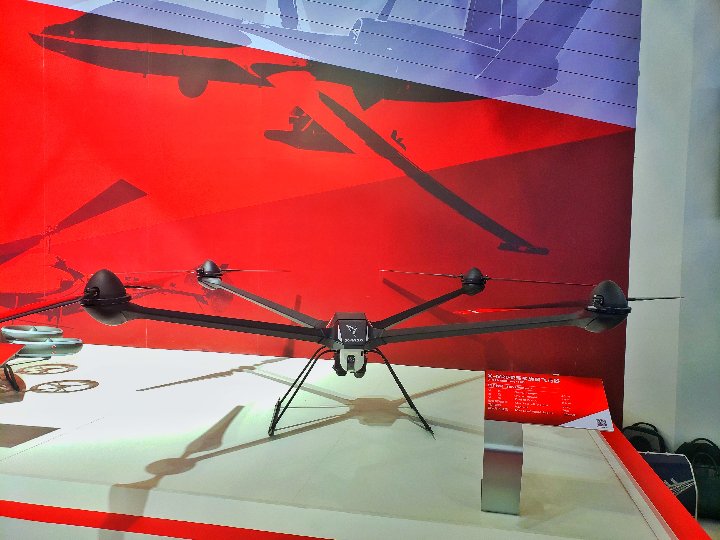 X-M20, with the weight only 20 kilograms, is designed to have a service ceiling up to 5,000 meters and wind resistance capacity up to seven level.

As to the outstanding endurance capacity, the small UAV can fly about one hour with its maximum payload of five kilometers.

Typically, the multi-rotor aerial vehicle in the market is controlled by changing the rotating speed, while the X-M20 adopts pitch rotor control technique.

X-M20 is controlled by changing the angle of rotors, thus the small UAV is endowed with higher efficiency, flexibility and wind-resistance capacities, CHRDI said.

It is configured with high-performance blades, which reduces its power consumption and noise level and makes it more capable of long-endurance flight.

The small multi-rotor UAV could be used in multiple missions such as border patrol, anti-terrorism, line patrol, geographical surveys and traffic monitoring.

China has become a major player in the global helicopter market. Avicopter has mastered more than 50 models in 12 series of helicopters, making it among the world's seven leading helicopter manufacturers.