Speed will exceed Hyperloop developed by US industrialist Elon Musk

China is developing a super high-speed rail system that could reach speeds of up to 1,500 kilometers an hour, a move China is making to compete with Elon Musk's Hyperloop, an expert said. 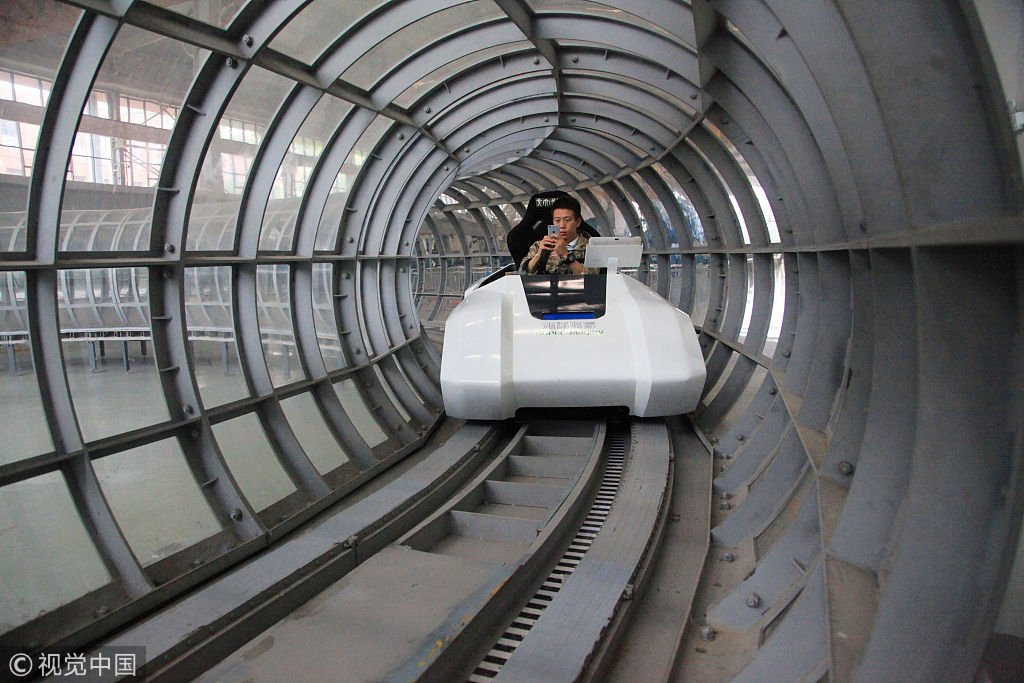 Southwest Jiaotong University in Chengdu, Southwest China's Sichuan Province is developing a railway test platform that would allow trains to travel as fast as 1,500 kilometers an hour, said Zhang Weihua, a professor at the university, at the 2018 World Transport Convention on Tuesday, the Beijing-based Science and Technology Daily reported on Wednesday.

The test platform is a 1,500-meter vacuum tunnel that can run experiments under various magnetic levitation conditions. The test speed will exceed the speed of sound and could theoretically reach 1,500 kilometers an hour, Zhang said.

Tests are expected to begin in April 2021 after the initial construction, the report said.

The system hopes to compete with the high-speed rail Hyperloop introduced by US industrialist Elon Musk, Sun Zhang, a railway expert and professor at Shanghai Tongji University, told the Global Times on Wednesday.

"Musk was playing down China's high speed railway by bringing up the concept of a super high-speed railway capable of running up to 1,200 kilometers an hour… China has now answered the call by announcing one capable of 1,500," Sun said.

At the same time, the world's fastest test line for vacuum high temperature superconducting magnetic levitation model trains is being built in Chengdu and is expected to be completed by the end of this year, Science and Technology Daily reported.

The test line will contribute to the future test platform, as the experiment will be based on a mature vacuum technology and high temperature superconducting magnetic levitation technology, which will allow high speeds when traveling and stability when docked.

Although the development of the super high-speed railway is remarkable, China should still focus on improving current high-speed railways, as challenges in intellectualization, maintenance and lowering cost performance have a more practical impact on people's lives, Sun added.

"Safety should always come first… And cost performance should also be considered," Sun said, stressing the experimental nature of the super high-speed railway.