System can operate without electricity to prevent Fukushima-like crisis 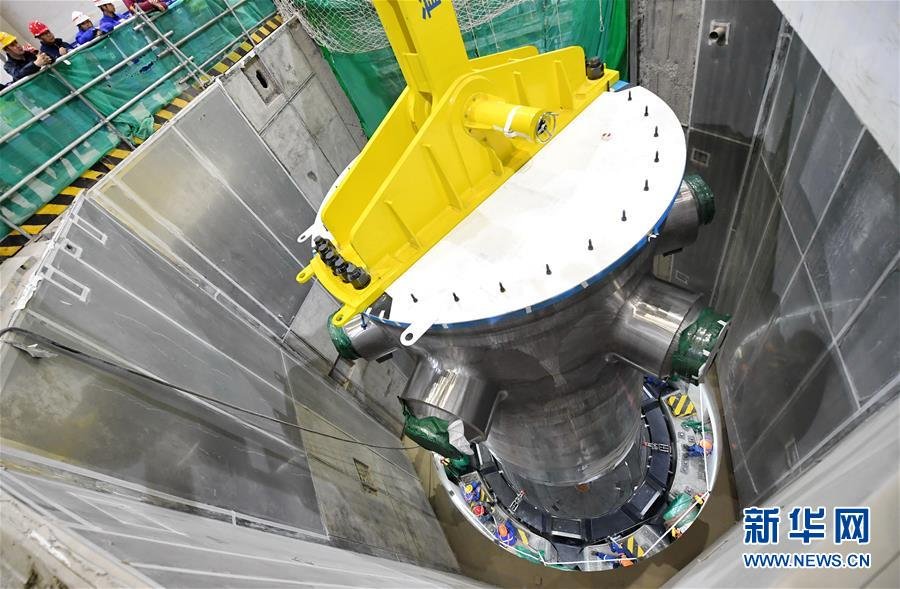 China has developed a system that could ensure nuclear-reactor safety during crisis without using electricity.

With China's updated version of the third-generation nuclear technology, the CAP1400 nuclear reactors in East China's Shandong Province have recently passed all six major technological tests including the ones involving the passive safety system, the Ministry of Science and Technology reported on June 6.

"Passive safety systems, unlike active safety systems, can work without electrical support and prevent the reactor from releasing radioactive material into the surrounding environment when an accident happens," Gui Liming, an expert on nuclear safety systems at Tsinghua University, told the Global Times on Tuesday.

The CAP1400 adopted three defense lines for safety in its passive safety system, which takes effect in case of an accident, reducing the temperature and pressure in an overheating reactor and containing radioactive waste to the hilt inside the reactor containment, Science and Technology Daily reported.

For example, a chilled-water reservoir is equipped right on top of the reactor, which "can be used for constant cooling of the reactor for 72 hours," Gui said. The water will drop under the force of gravity instead of being pumped inside by electricity as in second generation nuclear reactors, Gui added.

The second-generation nuclear technology, though highly efficient, "has the fatal weakness that electricity is a must to activate the protection system, while the CAP1400 theoretically enables the reactor to be safe under any circumstances," said Zhang Luqing, a retired expert from China National Nuclear Corporation.

On March 11, 2011, following a major earthquake in the Pacific Ocean, a 15-meter tsunami disabled the power supply and cooling system of three Fukushima Daiichi reactors in Japan, causing a nuclear disaster where all three cores largely melted within the first three days, the World Nuclear Association reported.

The conception of China's CAP1400 is "very important for the future of nuclear energy," said Yukiya Amano, the head of the International Atomic Energy Agency (IAEA), during IAEA's annual General Conference in 2017, the Xinhua News Agency reported.

"The CAP1400 reactor has a power of 1,400 to 1,500 megawatts, a rate thought impossible by US companies for passive safety systems," Wang Yinan, a researcher with the Development Research Center of the State Council, told the Global Times on Tuesday.

The CAP1400 is an enlarged version of the AP1000, which was developed based on modified technology of the US nuclear firm Westinghouse Electric Co, increasing the net power from 1,250 megawatts to 1,400 megawatts, Zhang said.

China had 35 nuclear reactors in commercial operation as of the end of 2016, Xinhua reported.