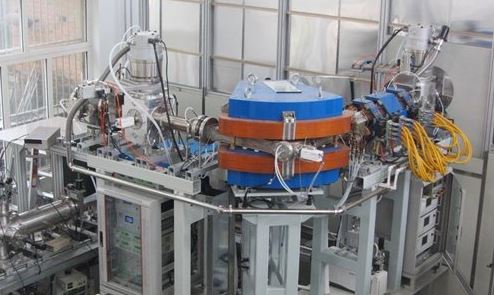 China has developed a high-current high-voltage accelerator - an underground experimental facility with the world's highest beam intensity. The accelerator was developed by the China Institute of Atomic Energy (CIAE) under the China National Nuclear Corporation (CNNC), according to the CNNC website on Tuesday. It reached an advanced level among similar devices in the world, indicating that China has mastered the manufacturing technology of high-current, high-voltage accelerators, the statement said. "This device can enhance the anti-radiation reinforcement of chips that would help promote development in aeronautics, space and satellites," a CIAE research fellow told the Global Times on Tuesday."It can also be used in the military, including research on nuclear physics and the establishment of nuclear data, or archaeological studies, such as measuring the age of ancient artifacts," the research fellow said.The accelerator will be installed at the China Jinping Underground Laboratory, according to the CNNC website.Proton and helium ion beams it produced have already been used in nuclear astrophysics experiments in Jinping for 400 hours, CNNC said.  The Jinping lab, which is 2,400 meters under a mountain in Southwest China's Sichuan Province, is now the deepest underground laboratory in the world. It provides a unique and good environment for studies in many major fundamental frontier topics, such as dark matter detection, nuclear astrophysics and neutrino experiments, according to CNNC. It is expected to gradually develop into a national basic research platform that will open up to the whole world, the CNNC added.