BEIJING, Sept. 27 (Xinhua) -- China on Tuesday released a new investigation report in which it said further evidence has been found to show the U.S. National Security Agency (NSA) is behind "thousands of cyber attacks" on a Chinese university.

With the technical support from a number of European and Southeast Asian countries, Chinese experts were able to retrace the technical features, attack weapons and paths used in the cyber attack against China's Northwestern Polytechnical University, according to the report published by China's National Computer Virus Emergency Response Center in collaboration with internet security company 360. 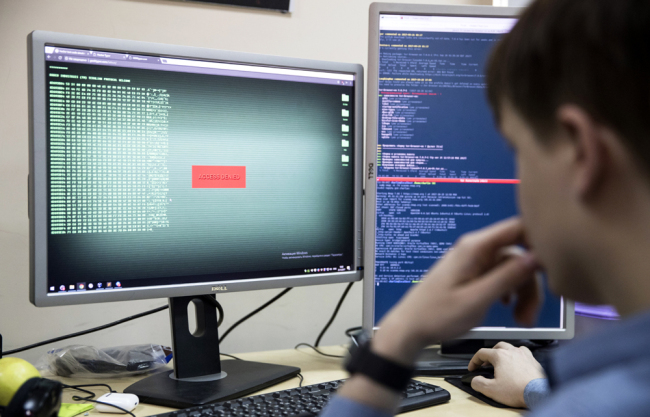 They have found that those attacks originated from the NSA-affiliated Office of Tailored Access Operation (TAO), which had exposed its own technical loopholes and operational missteps during the attack, the report said.

Earlier probe has found that 41 types of cyber weapons were used by TAO in the recently exposed cyber attacks against the university.

Among the 41 types of cyber attack tools, 16 are identical to the TAO's weapons that have been exposed by hacker group "Shadow Brokers," and 23 share a 97 percent genetic similarity with those deployed by TAO, said the report.

The remaining two types need to be used in conjunction with other cyber attack weapons of TAO, the report said, adding that the homology of the weapons suggests they all belong to TAO.

Technical analysis found that the cyber attackers' working time, language and behavior habits, and operation miss have also exposed their links with TAO.

The Chinese investigation team found that TAO captured personal information of some people with sensitive identity on the Chinese mainland. The information was sent back to headquarters of the NSA via multiple jump servers.

The report said the true identities of 13 attackers have been found out.

The report, revealing details of the U.S. cyber attacks against the Chinese university, was released to offer lessons to countries across the world so that they can more effectively identify and prevent cyber attacks by TAO.