Chinese Foreign Ministry spokesman Zhao Lijian said on Monday China is taking concrete steps to implement the consensus made by Chinese and Indian armies to cool down the tension in the Galwan Valley. 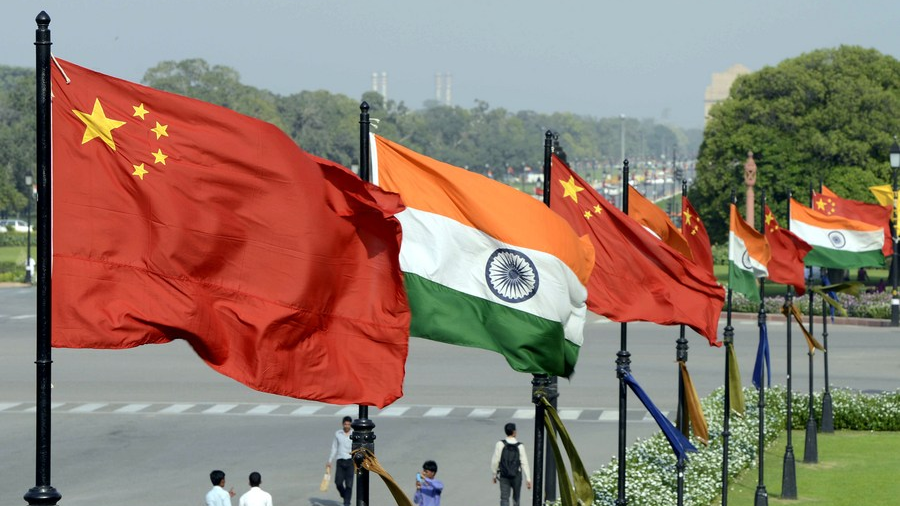 Indian and Chinese national flags flutter side by side on the lamp posts at the Raisina Hills in New Delhi, September 16, 2014. (Photo: Xinhua)

China and India are working on steps to implement the consensus reached at the third round of commander-level talks including disengaging frontline troops and taking effective measures to ease the tension, Zhao said at a daily briefing when asked whether China had pulled back its troops from the area where the two armies involved in a deadly clash on June 15.

In a statement issued on June 19, Zhao said Indian soldiers crossed the Chinese side of the Line of Actual Control and violently attacked the Chinese officers and soldiers who went there for negotiation, thus triggering fierce physical conflicts and causing casualties.

The two sides held the third round of military commander-level talks on June 30, aimed to ease the escalation on the border.

When asked about the latest move by the Chinese troops, Zhao said China hopes the Indian side could work with the Chinese side towards the same goal, keep up close communication through military and diplomatic channels, and ease the situation and lower the temperature along the border.