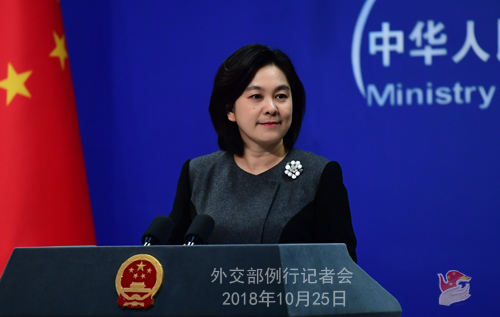 China has dismissed the accusations of monitoring US President Donald Trump's personal Apple phone, saying the related report by the New York Times is an evidence of making one more "fake news", Chinese Foreign Ministry spokesperson Hua Chunying said at a regular press conference on Thursday.

"If US side is worried about Trump's iPhone being monitored, Trump can use Huawei mobile phone instead," Hua told reporters.

"For safety concern, he can stop using any modern communication devices," Hua added.

Cover image: A reporter uses his mobile phone to record US President Donald Trump at a news conference on the sidelines of the 73rd session of the United Nations General Assembly in New York, US, September 26, 2018. (Photo: VCG)