China donates 1,000 tons of wheat in humanitarian aid to Syrian refugees in Lebanon 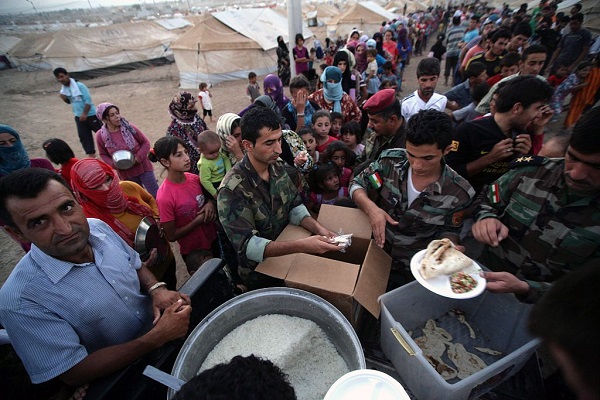 "This donation is humanitarian, aimed at relieving the difficulties faced by Syrian refugees in Lebanon," Chinese Ambassador to Lebanon Wang Kejian told Xinhua.

Wang made the remarks on the sidelines of a signing ceremony over the donation held at the headquarters of the Council for Reconstruction and Development in Lebanon.

Wang said China will cooperate with Lebanon's Ministry of Social Affairs to transport the wheat to Lebanon as soon as possible in a bid to help the Syrian refugees relieve their humanitarian difficulties.

Nabir Jisr, head of the Council for Reconstruction and Development in Lebanon, praised the donation, saying Lebanon's relations with China are continuously progressing.

It is not the first donation by the Chinese government to Syrian refugees in Lebanon since the Syrian crisis broke out in 2011.

In 2017, China provided 2,764 tons of rice as food aid to the Syrian refugees in Lebanon and their hosting communities.