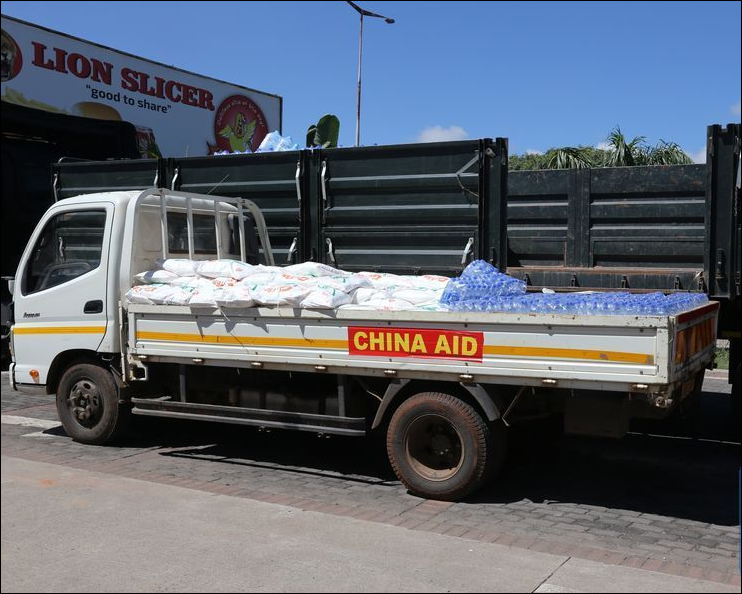 The Chinese Embassy and Chinese community in Zimbabwe donated food, purified water and equipment worth 200,000 US dollars to help the victims of Cyclone Idai in the country.

These donations will be sent to the disaster-stricken areas and reach the people in need as soon as possible, Chinese ambassador Guo Shaochun said at the handover ceremony on Wednesday morning.

Guo said the SinoZim wildlife foundation, an organization created by Chinese people and working on protecting wild animals in Zimbabwe, also sent three badly-needed charge boats to the affected areas to rescue the people who are still trapped.

"As a brother of Zimbabwe, China deeply feels how the Zimbabwean people are feeling and are always standing side-by-side, ready to offer maximum possible support," Guo said.

He said the Chinese government will provide more assistance through official channels, including donating funds and 10,165 tons of rice and drilling another 500 boreholes for Zimbabwe this year.

Martin Rushwaya, Permanent Secretary of Ministry of Defence and War Veterans Affairs, said the Zimbabwean government is so grateful for the gesture of goodwill from China.

Idai have left at least 98 people dead, 217 missing and 102 injured in Zimbabwe. The death toll is expected to rise amid fears that some bodies could have been swept by the high waters into neighboring Mozambique.

Thousands of people, especially in Chimanimani and Chipinge districts of the country's eastern province of Manicaland, have been left homeless after their houses were destroyed by the cyclone which also damaged roads and bridges.

In Chipinge, another crisis is brewing, after water pipes were washed away in the cyclone-induced floods leaving residents without potable water.

The United States, the European Union and the United Kingdom have also come on board to provide help to the victims.

Some African countries that also have pledged to help out are Tanzania, South Africa, Namibia and Angola.