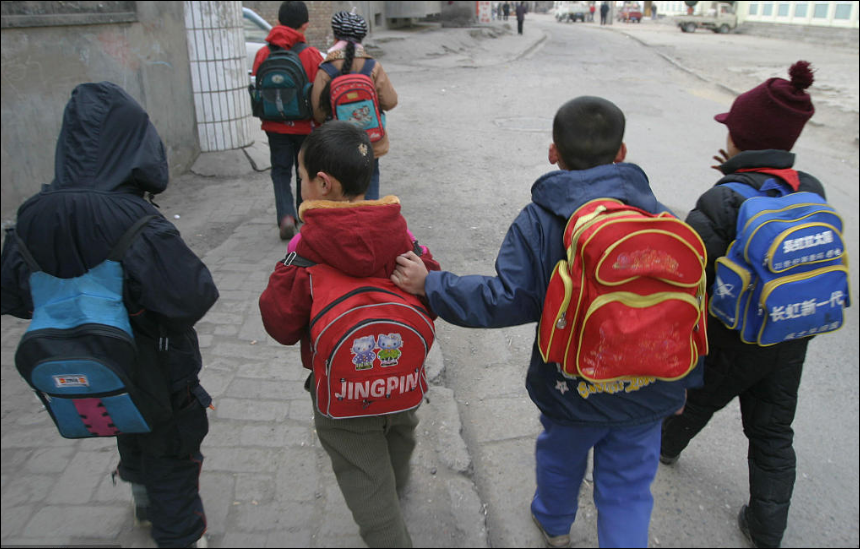 Chinese Ambassador to Lebanon Wang Kejian on Friday visited Dar Al Aytam Al Islamiya, a social welfare institution, to donate over 500 school bags and stationery to orphans at the beginning of the academic year.

"Our donation today is meant to express Chinese people's feelings of sympathy with orphans and needy students at this great institution in addition to our appreciation for the institution's efforts in raising these students and helping them overcome their difficult circumstances," said Wang during the event which took place at Dar Al Aytam's offices in Tarik Jdide, Beirut.

Wang said that this is the second time that the Chinese embassy meets with Dal Al Aytam's students. "The first time took place last February when we invited students to our offices to give them an idea about the Chinese traditions during national celebrations," he said.

Wang added that China has been a great supporter for Lebanon in the past by helping the country face its challenges over the years.

At the beginning of the event, Dar Al Aytam played a movie to give an overview about the institution and the services it offers to Lebanese children.

Dar Al Aytam's Director Khalid Kabbani said that the institution offers its services to all Lebanese children regardless of their religion or sect.

"We do not differentiate among children of different religions but what we care for is to offer our services to the needy people in Lebanon," he said.

Meanwhile, Dar Al Aytam's President Farouk Jaber told Xinhua that the institution is the oldest and biggest one offering social welfare services in Lebanon as it hosts 12,000 beneficiaries which is a big number compared to the Lebanese population.

Jaber also expressed his honor for receiving Wang. "It's a great honor for me to receive the ambassador of a great country with a great civilization that has lasted thousands of years," he said.

Jaber also hoped that the relation between China and Lebanon will strengthen in the years to come.