Chinese government has decided to donate 800,000 U.S. dollars in cash as emergency humanitarian assistance to Zimbabwe to help the country with its disaster relief efforts, an envoy said Friday.

China will provide assistance in line with the need of the southern African country hit by Cyclone Idai, Chinese ambassador to Zimbabwe Guo Shaochun said. 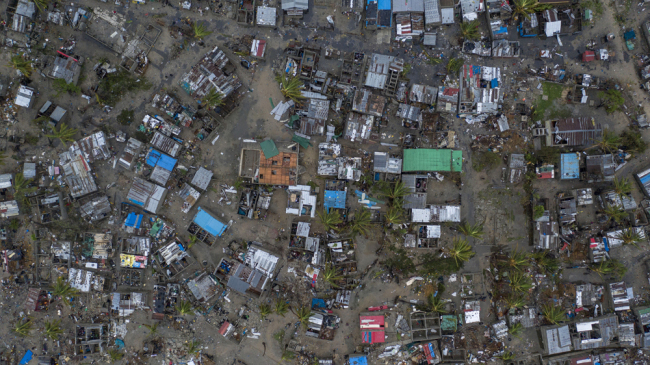 Seen from a drone Praia Nova Village, one of the most affected neighbourhoods in Beira, razed by the passing cyclone, in the coastal city of Beira, Mozambique, Sunday March 17, 2019. Families are returning to the vulnerable shanty town following cyclone high winds and rain. [File Photo: AP]

Speaking at a press conference at the embassy, Guo said Chinese government will join the Zimbabwean government and people in the reconstruction efforts.

The Chinese community in Zimbabwe, he added, also took swift action and managed to mobilize supplies worth about 310,000 dollars.

"As a brother of Zimbabwe, China deeply feels how the Zimbabwean people are feeling and are always standing side-by-side, ready to offer maximum possible support," Guo said.

He said the Chinese government will provide more grants, more loans and encourage more investments in the affected regions under the framework of the Forum on China-Africa Cooperation and the Belt and Road Initiative.

The Ministry of Information, Media and Broadcasting Services said as of Wednesday, the death toll from Idai in Zimbabwe had risen to 139 with 189 still missing, 144 people injured while 136 were marooned.

More than 4,300 people had been displaced, the ministry added.

As rescue and search efforts are under way, donations of relief supplies to the victims continue to pour in from local people, companies, regional governments and international aid agencies.