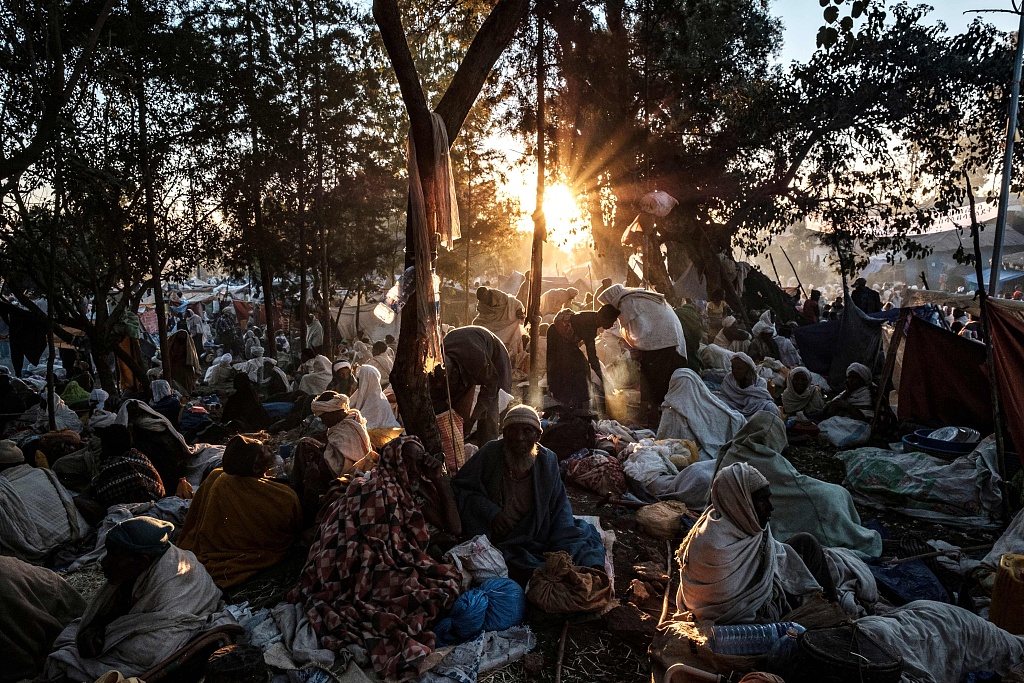 Tan Jian, Chinese Ambassador to Ethiopia, said during the donation ceremony in Ethiopia's capital Addis Ababa that the Chinese government's emergency food assistance is part of broader humanitarian support being provided to Ethiopia.

"The Chinese government has previously provided around 60 million U.S. dollars' worth of food assistance, both bilaterally and via the UN World Food Program," Tan said, adding that China has also contributed 8 million U.S. dollars to UNICEF for the provision of nutrition food for women and children in Ethiopia.

"During the second Belt and Road Forum for International Cooperation held in Beijing in April, our two governments agreed that China would provide 100 million yuan (around 14.4 million US dollars) worth of emergency food aid to Ethiopia for 2019 amid efforts to help alleviate food shortage in the country," Tan added.

He said China stands ready to further help Ethiopia's humanitarian needs as a sign of the strong importance China attaches to its relation with Ethiopia.

"A friend in need is a friend indeed. The international community shall be no bystanders. China has come forward to demonstrate its solidarity with the Ethiopian people," said Tan.

In March 2019, The Ethiopian government and its humanitarian partners had appealed for 1.3 billion U.S. dollars to address food and non-food emergency needs of 8.3 million people.

Ethiopia was spared significant climate-related calamities last year, but spikes in conflict-induced displacements, which led to a near doubling of internally displaced population, contributed to high humanitarian response needs in 2019.

Mitiku Kassa, Commissioner at Ethiopia National Disaster Risk Management Commission, said the Chinese emergency food donation is a timely intervention that will meet the needs of thousands of Ethiopians.

"China is committed to support Ethiopia not only in development areas, but also in humanitarian protection," he further said.

"China has been the most trusted partner in providing very solid infrastructure investment in this country. The support we've been receiving isn't only in infrastructure and trade but also on human development," said Admasu Nebebe, Deputy Minister of the Ethiopia Ministry of Finance and Economic Cooperation.