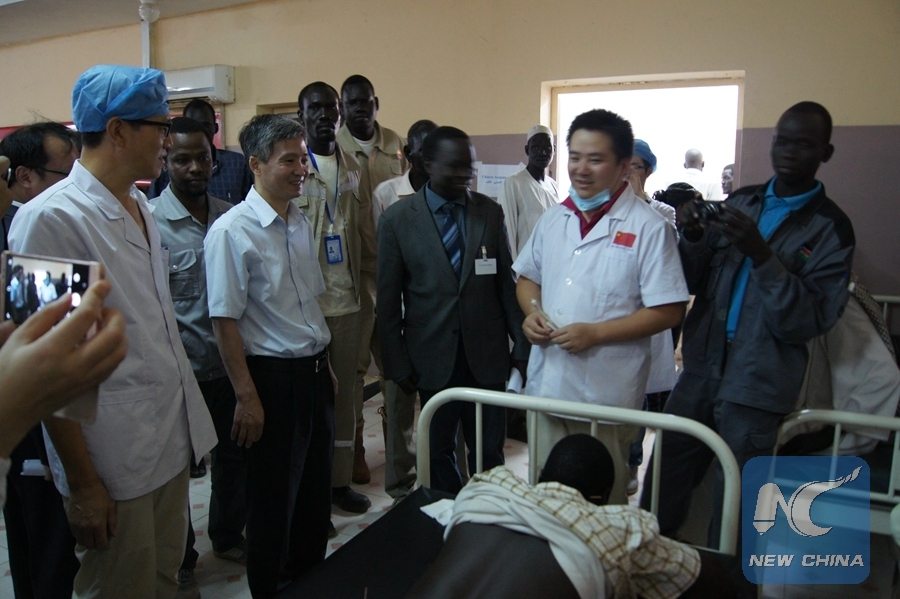 China on Friday handed over 24 containers of medical supplies worth over 10 million U.S. dollars to support a South Sudan government health initiative.

"China is unconditionally helping us to implement our government policy of providing universal health care to all citizens of South Sudan," said Riek Gai Kok, South Sudan's Minister for Health, in Juba.

"They have introduced to us the concept of 'barefoot doctor' system as one of the ways to deliver service to the people," said the minister.

The minister hailed Chinese government for standing in solidarity with people of South Sudan despite years of conflict.

Kok explained that China responded to the Boma Health Initiative because the ruling party and China shared a determined vision of improving the welfare of South Sudanese people.

The health initiative aims to extend quality health services to the communities where all can access worthy medical services at the grassroots level and has similarities with the traditional Chinese barefoot doctors system that was initiated with basic component of disease prevention and awareness creation at the community levels.

Jemma Nunu Kumba, the Minister for Wildlife and Tourism, said the implementation of the program will resonate with her party's vision, mission and objective of providing healthcare to all.

"Primary healthcare is a big challenge and we laud China for helping translate our party policy into government program," said the minister.

She said the Boma Health Initiative is a government plan to extend good health services to the communities where all can access quality medical service at the grassroots level.

"The Boma Health Initiative, which is similar to Chinese 'Barefoot doctors systems' during 19th century, was initiated with basic component of disease prevention and awareness creation at the community's levels," said Kumba.

Chinese Ambassador He Xiangdong said medical personnel cannot be successful in their work if they are not fully equipped with medical supplies, equipment and the necessary tools.

"For that very reason, we have brought this assistance in order for doctors in South Sudan to have their own armaments to fight diseases amongst the citizens," He said.

The Chinese envoy said China will always support the South Sudanese government in areas of health, humanitarian and education as the country works towards achieving sustainable peace.