China’s data bank of hematopoietic stem cell (HSC) donors, also known as the Marrow Donor Program (CMDP), donated HSC to a Spanish patient on Nov.26, making Spain the 28th among all foreign countries and regions that have received donations of HSC from the CMDP.

Song, the donor, had registered with CMDP’s Hubei Registry in central China’s Hubei province in 2013 and is now a young man who just started his first job.

Notified that he was preliminarily recognized as the matched donor for a foreign patient with blood disease this June, Song shared the news with his friends and families, and got unanimous praise and support from them for the donation. 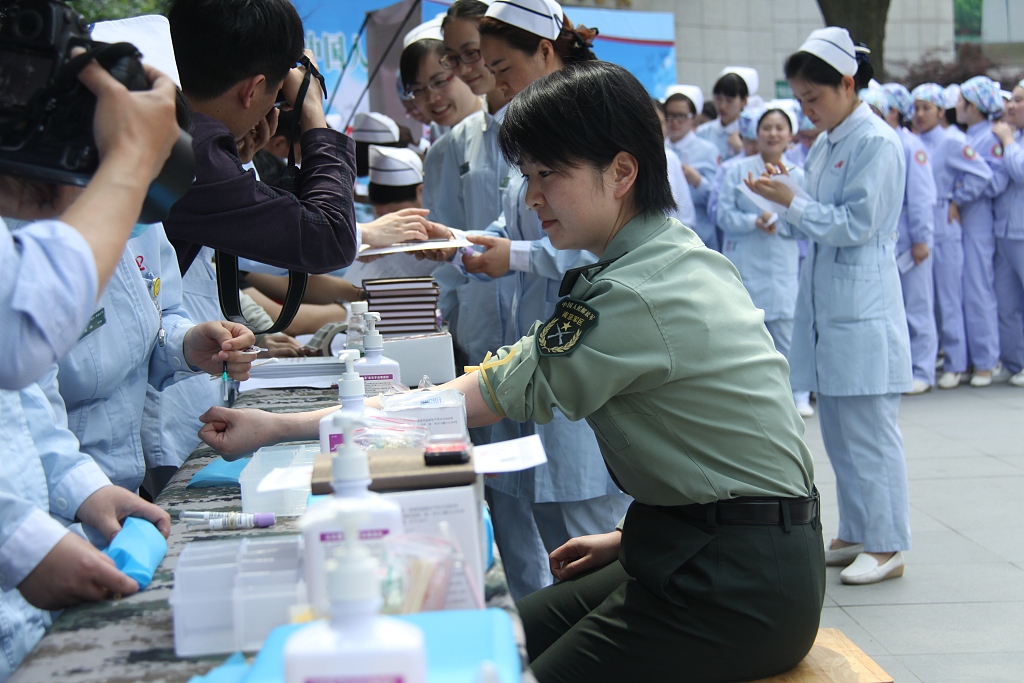 Over 130 nurses from the Chinese People's Liberation Army 101 hospital collect samples of the hematopoietic stem cells on May 4, 2015, in Wuxi, East China. (Photo: VCG)

“As long as I can be helpful to people in need, I’m going to try my best to help them,” said Song, the young man who had offered help to people in need for two times, acting bravely for a just cause as a good Samaritan.

At the beginning of November, under the guidance of CMDP, Song started to prepare for the donation. And by Nov. 26, with all the procedures completed smoothly, the hematopoietic stem cells had been transplanted.

“The procedure was easier than I expected. It was similar to platelet collection in blood donation and does no harm to the body of the donor,” said Song, adding that his mission was completed and he hopes the foreign patient could conquer the disease and get well soon.

CMDP has facilitated 7,825 HSC donations at home and abroad, including 312 donations to patients beyond the borders.