Chinese President Xi Jinping held a meeting and talks with Kim Jong-un, chairman of the Workers' Party of Korea and chairman of the State Affairs Commission of the Democratic People's Republic of Korea (DPRK), according to Lu Kang, the spokesperson for China's Ministry of Foreign Affairs (MFA). 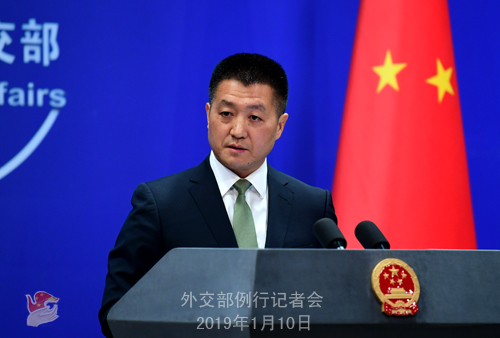 “The two leaders had an in-depth exchange of views on China-DPRK relations and issues of common concern and reached important consensus. The two sides also reported their respective domestic situations,” Lu Kang said during a daily press conference on Thursday.

Lu said that the Chinese side hails Kim Jong-un's visit to China at the beginning of the new year and on the occasion of the 70th anniversary of the establishment of diplomatic relations between China and the DPRK.

“Thanks to the joint efforts of both sides, China-DPRK relations opened a new historic chapter in 2018. The two sides demonstrated the strong vitality of China-DPRK friendship through practical actions and the firm will of China and the DPRK to jointly promote the political settlement process on the Korean Peninsula issue,” Lu said.

“China is willing to maintain high-level exchanges with the DPRK, strengthen strategic communication, deepen friendly exchanges and cooperation, promote new developments in China-DPRK relations in the new period, and continue to advance the political settlement process on the peninsula issue, better benefit the two peoples and make positive contributions to the peace, stability and prosperity of the region and the world,” Lu added.