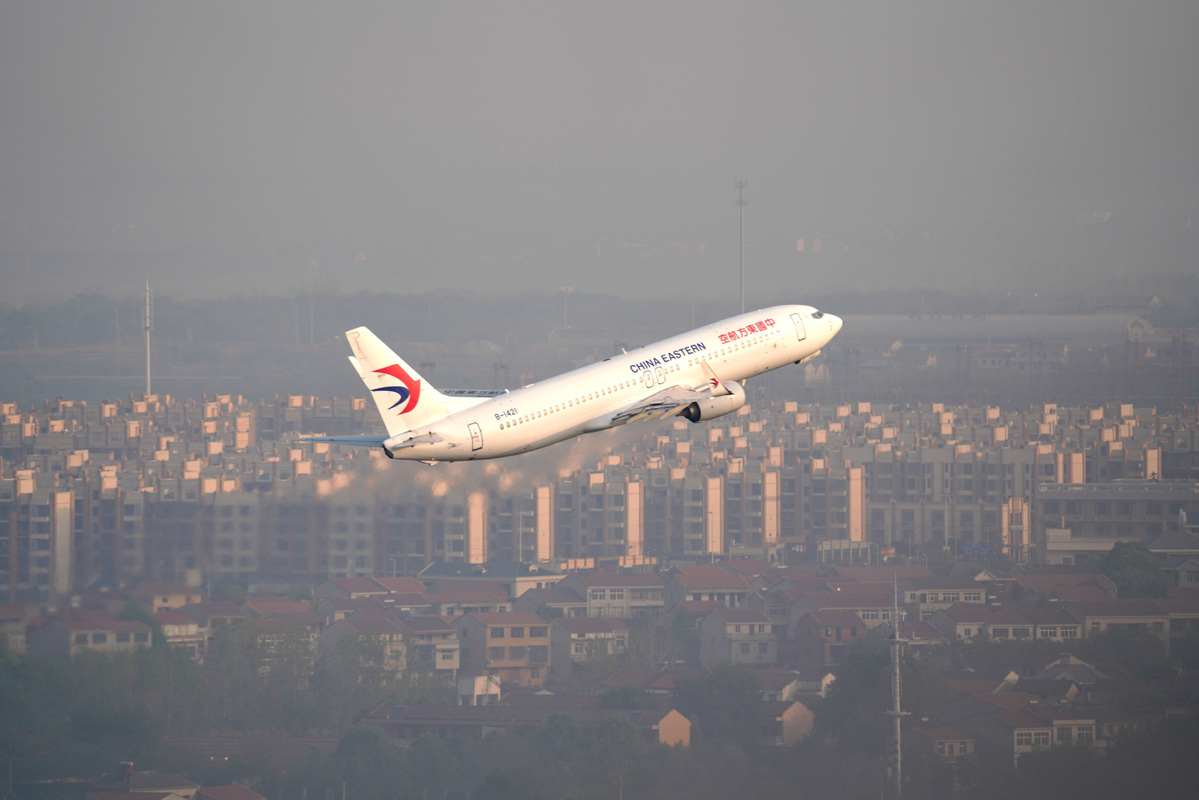 An international airline company to be created in Hainan province by China Eastern Airlines and its partners will tap into the aviation boom driven by the construction of the island's free trade port, analysts said.

The joint venture, Sanya International Airlines, was launched under a cooperation framework agreement reached on Saturday between China Eastern and its partners.

According to the deal, the company will be controlled by China Eastern, while Hainan Province Transport Investment Holding, Sanya Development Holdings, Juneyao Airlines and Trip.com Group will have stakes in it.

"The move is in line with the central government's decision to develop Hainan into a free trade port," said Chen Zhuo, a senior analyst with China Merchants Securities.

Chinese authorities unveiled a master plan on June 1, vowing to transform Hainan into a globally influential high-level free trade port by the middle of the century, Xinhua News Agency reported.

Due to the island province's unique geographical conditions and location, aviation is Hainan's most important transport solution, Chen said. To build a closer connection with global economies, Hainan is in need of a convenient and well-connected aviation network.

"Currently, about 80 percent of people going to or leaving the island province travel by air, providing huge growth potential for its aviation business," Chen said.

The key tasks of the plan include adopting more open policies on aviation transportation before 2025 and further loosening restrictions on airspace and air traffic by 2035.

"Once the Hainan free trade port is established, Hainan-based airlines may enjoy favorable policies in terms of taxation, exemption from the tariffs charged on procurement of aircraft and engines and bonded fuel," said Lin Zhijie, an aviation industry analyst and columnist at carnoc.com, one of China's biggest civil aviation websites.

Lin added that the supportive measures could save billions of yuan annually for a carrier with a business similar in scale to Hainan Airlines Group.

Hainan's airports saw 45 million passenger trips last year, and this figure is expected to grow along with the increasing significance of Hainan in global trading, which leaves a lot of room for more carriers to grow their business, Chen said.

China Eastern operated 312 flights to and from airports in Hainan between June 1 and June 13, according to AirSavvi, a Chinese aviation data and solutions service provider. Hainan Airlines operated 1,592 flights during the same period, while China Southern Airlines had 1,582 flights.

China Eastern was one of the first carriers to operate flights to and from Hainan, doing so in 1998. It now operates flights at three airports in the province, with 3 million passenger trips a year.

The agreement on building an international aviation firm is among a slew of key deals reached on Saturday to accelerate the development of the southern island province into an international trade hub and a free trade port.

The strategic agreement will enable China Eastern to promote various businesses related to aviation, including passenger transport, logistics, food, finance, industrial investment, innovation and technologies, together with the provincial government.