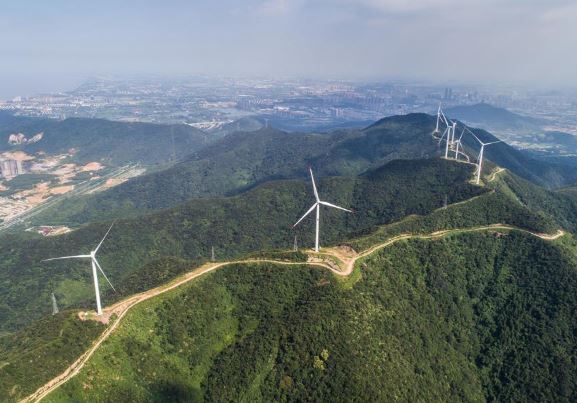 Echoing this year's theme "Beat Air Pollution," the organizer said the four-day event will be "zero carbon" as an estimated 721 tonnes of carbon dioxide produced while hosting the event will be offset by planting trees at the Saihanba forest farm in northern China's Hebei Province.

"An estimated nine out of 10 people worldwide are exposed to air pollutants that exceed World Health Organization air quality guidelines," she said. "According to the World Bank, air pollution costs societies more than 5 trillion dollars every year."

Highlighting how dirty air is affecting the lives of everybody in the world, she cited China, this year's host country, to demonstrate that beating air pollution is not mission impossible.

FROM VICTIM TO ACTOR

China used to face a severe air problem. Statistics from meteorological authorities showed that from Jan. 1 to April 10, 2013, Chinese cities reported an average of 12.1 smoggy days, the highest since 1961 for the same period. During this time, Beijing reported 46 smoggy days, 6.5 times that of normal years.

In the past five years, China's central government alone has invested over 60 billion yuan (about $9.47 billion) into air pollution treatment, according to Li Ganjie, minister of environmental protection.

In Beijing, the number of days with heavy air pollution has been reduced from 58 days in 2013 to 15 days in 2018, after the Beijing-Tianjin-Hebei region took a coordinated effort to address air pollution.

A report on China air quality improvement published on Wednesday's event also marked the progress China has made in its battle against bad air.

"China's success in reducing air pollution in less than a generation is incredible," said Msuya.

FROM ACTOR TO LEADER

Not only the air, China, who is among the first to sign Paris Agreement on climate change, has vowed to pursue a green development pattern and fight against all kinds of pollution to build a "Beautiful China."

Jiang Lijuan, from Xiajiang village, recalled how her hometown has transformed over the past decade.

"Lack of fertile land and inconvenient transportation left the village in deep poverty, so many had to keep pigs to make some money. The number of pigsties was up to 154 in the late 1990s and the feces were everywhere with a strong odor," she said.

"Cutting firewood to make charcoal was another way to fortune," said Jiang Yinxiang, former party secretary of the village. "Almost all the trees were logged in less than five years, which looked really terrible."

Under Zhejiang's rural green revival program, villagers were encouraged to abandon the unsustainable way of development and turned to grow high-value crops such as tea, traditional Chinese medicine, mulberry leaves and moso bamboos. The efforts paid off. Xiajiang village has now become a national 3A tourist attraction and a demonstration village for rural development.

The Zhejiang experience has won applause across the globe. "Germany has spent a much longer time, around maybe three decades, cleaning up the Rhine, while the speed and urgency in Zhejiang [over a dozen years] are very inspiring," said Erik Solheim, former executive director of UNEP.

"These successes are a convincing illustration of what we can achieve when political will, data, investments and citizen awareness come together. We do not lack the ability to address the historic environmental challenges that face us on this planet. China is showing us that," said Msuya.