China on Tuesday began the 37th Antarctic expedition as Chinese research icebreaker Xuelong 2, or Snow Dragon 2, set off from Shanghai. 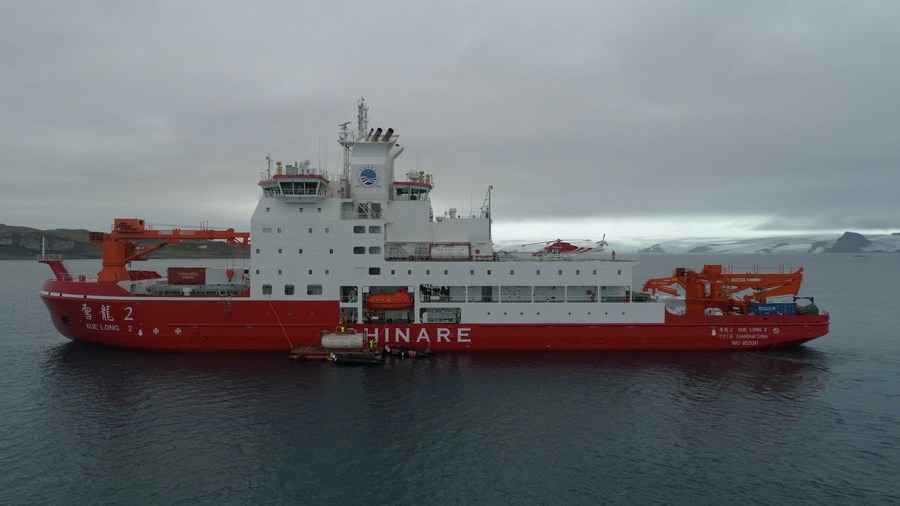 The scientific expedition will carry out hydrological, meteorological and environmental investigations in the south pole and monitor new pollutants such as microplastics and drifting garbage in the Antarctic Ocean.

It will also carry supply and rotational staff to China's Zhongshan Station and Great Wall Station in the region.

This is the second time that Xuelong 2 has sailed for the Antarctic. The ship is planned to travel over 30,000 nautical miles and return to Shanghai in May next year.

Since its delivery in July 2019, Xuelong 2 has completed one mission to the South and North Pole respectively.