CHINA China encourages DPRK, US to work for denuclearization of Korean Peninsula

China encourages DPRK, US to work for denuclearization of Korean Peninsula 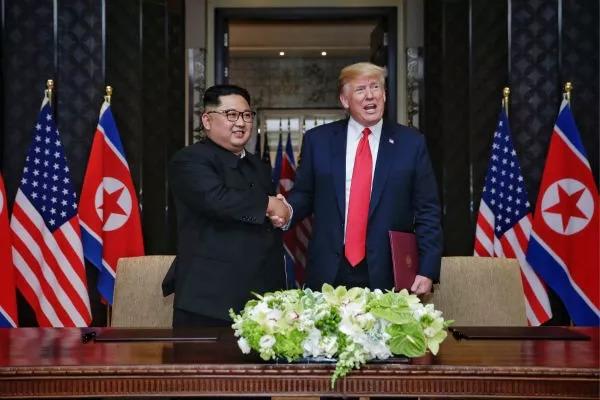 China said on Wednesday it hoped that the Democratic People's Republic of Korea (DPRK) and the United States would respect and accommodate each other's reasonable concerns to achieve progress in the denuclearization of and establishing a peace mechanism on the Korean Peninsula in the new year.

Foreign Ministry spokesperson Lu Kang made the comments at a routine press conference when responding to a reporter's question on the New Year's speech by top leader of the DPRK Kim Jong-un. Kim said Tuesday that he would push forward the denuclearization of the Korean Peninsula and was ready to meet with US President Donald Trump at any time.

"We hope the DPRK and the US will respect and accommodate each other's reasonable concerns, and make positive progress in advancing the denuclearization of and establishing a peace mechanism on the Korean Peninsula in the new year," Lu said. "China will continue to play its role in this regard."

China encourages and supports further talks between the DPRK and the US and hopes for positive results, Lu said.

He said that important and positive changes took place in the situation on the Korean Peninsula, peninsula issue was back to the track of dialogue and negotiation, and relations between the DPRK and the Republic of Korea (ROK) witnessed all-round improvement over the past year.