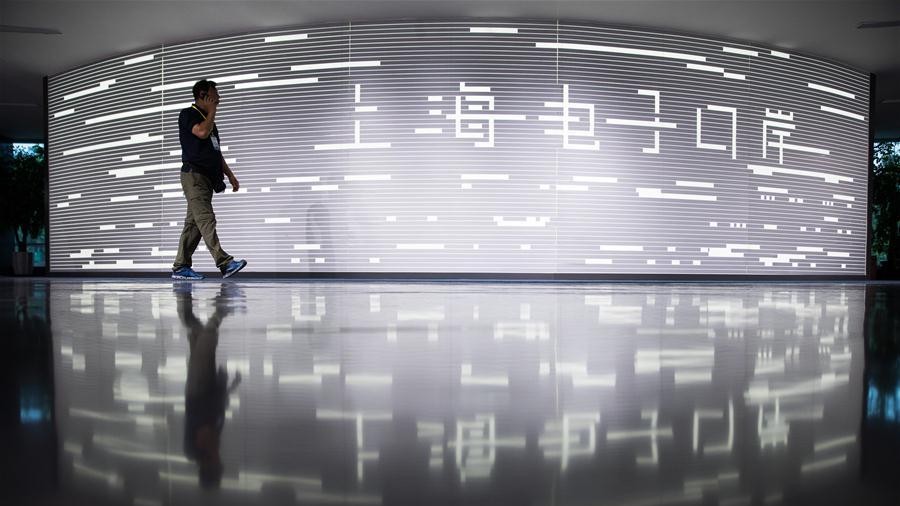 A man passes by a signboard for Shanghai E-port in Shanghai, east China, August 12, 2018. (Photo: Xinhua)

Compared with the current version, the new list has 127 more items, a rise of 10 percent in the number of sectors encouraging foreign investment, said the commerce ministry.

Meanwhile, up to 88 existing items have been modified to expand their coverage.

The increase is relevant particularly in the context of items related to manufacturing, producer services, and those in the central and western regions, according to the commerce ministry.

The sub-catalog of competitive industries in central and western regions encouraging foreign investment has introduced 62 new items and modified 37, it said.

Foreign investors entering industries on the catalog will benefit from preferential policies in fields such as taxation and land use subject to laws and regulations.

To further open up its market, China unveiled new, shortened negative lists for foreign investment in late June, and until now the number of sectors that are off limits to foreign investors has been slashed to 33 from 40 in 2019.

Building on effective containment of the COVID-19 epidemic and measures to stabilize foreign investment, foreign direct investment in the Chinese mainland, in actual use, expanded 5.5 percent year on year in November, marking the eighth consecutive month of growth, official data showed.